As part of our “Lessons in Leadership–Hollywood Style” project, our group examined the leadership styles and ethical dilemmas found in the powerful 1993 film Schindler’s List. 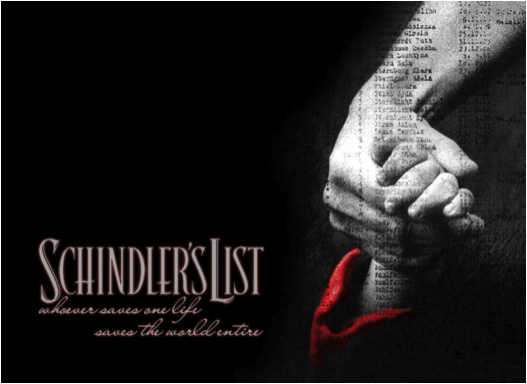 “Whoever saves one life saves the world entire.”

There were two key leadership styles we identified in this film: transformational and autocratic.

Oskar Schindler, the main character and unlikely hero of the film, truly demonstrates characteristics of a transformational leade 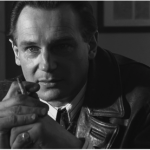 r. As the film opens, it’s clear Schindler is a savvy, charismatic businessman who will stop at nothing to make a fortune. So, when Nazi law encourages the exploitation of Jews as workers, Schindler jumps at the chance to take advantage of the scenario (despite knowing the exploitation is wrong). However, as World War II progresses—and the fate of the Jews becomes more and more clear—Schindler slowly transforms from a greedy war profiteer to a courageous, sympathetic leader determined to use his power (and persuasive charisma) for good. Sacrificing his safety and wealth to help others, Schindler bravely stands up for what he believes in through bribing Nazi/SS commanders to protect his Jewish workers and keep his factory a safe “sub-camp” for them. Demonstrating courage, kindness, assertiveness and charisma—all in the face of one of history’s most ruthless regimes—Schindler provides an extraordinary example of leadership still relevant today.

On the other hand, the antagonist of the film–Nazi commander Amon Goeth–is an autocratic leader, using a ruthless, authoritarian leadership style to assert his power and control over the Jews of the Plaszów work camp. Deeply entrenched in Nazi philosophy, Goeth rarely listens to 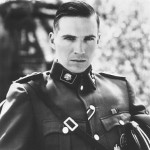 input from others, refuses to admit he is wrong for fear of showing weakness and dictates all decisions in the camp–including shooting random prisoners from his Villa balcony for fun.

Because Schindler’s List is set during World War II, the ethical dilemmas are essentially embedded in the tumultuous plot–an intersection of conflict rooted in politics, business and humanity. However, there is an important turning point in the film where Schindler begins to struggle internally and the main ethical dilemma of the film arises. As Schindler witnesses the violent and dramatic evacuation of the Polish Kraków ghetto, he sees a little Jewish girl in a red coat aimlessly wandering the dirty streets. Sticking out among the black and white images of the film, it becomes evident that the girl awakens a form of humanity in Schindler. It is from this point forward that Schindler begins making a personal effort to bring Jews to safety in his factory–and, consequently, has to bribe, work with, and obey members of the Nazi regime (like Goeth).