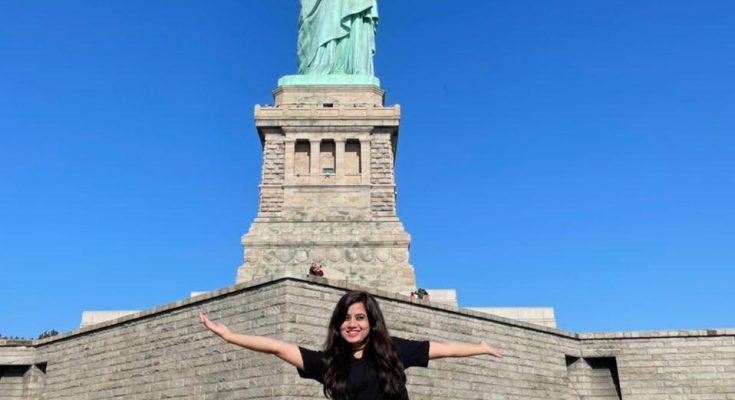 I have traveled in different parts of USA now, but I had to write about my trip to New York City. Going from Phoenix to NYC was a very different experience for me.

Before going to New York, I heard a lot of things about the city from different people. And I concluded two points out of those comments; 1) New York is so awesome, 2) It’s crazy out there. I decided not to believe any of those until I experience it by myself. So, let’s find out in this blog what I found!

It was a beautiful sunrise in October when I, along with the other Humphrey fellows, left for New Jersey from Phoenix. We had to take a bus to NYC from there. Out of a lot of traffic, we finally made it to the city and checked into our hotel. We got little time to freshen up and went to Empire State Building as we had reservations. (To note that we made reservations online for majority of the attractions). So, back to the Empire State Building, which had amazing night view of the city from the top. And I’ll never forget the storytelling elevator which took us to the top. The ceiling of the elevator showed us how the building was constructed. We had an experience of watching a show with great visuals and audio.

After the visit of the building, we all felt that we needed to eat something before going anywhere else. I ate from the famous Halal Guys which now is in Phoenix as well. The food was inexpensive for the taste. It was interesting for me to find places to eat after 8pm which is very unlikely in Phoenix. After having our food, we went to the Times Square. Times Square which is the most happening place in the city doesn’t need any introduction. You will find people there all the time- day and night. If you’re an outgoing person, then you will love NYC and Times Square. If you’re not, then you might want to spend some time alone at Central Park. Well, I did both.

I also visited 9/11 Museum which reminded me how the world had changed after that day. The museum and memorial gave me an insight into the incident and lives that were lost that day.

If you are in NYC, then you must see statue of liberty. And the best way to see this masterpiece is to take a ferry ride to the statue of liberty. You would want to go early in the morning as it gets crowded later in the day. Visiting Lady Liberty and having a closer look at it was indeed the best experience during my visit.

From visiting the famous Brooklyn bridge to Central Park, watching Broadway show to the city views from Top of the Rock, New York city has a different vibe from Phoenix. Of course, I like Phoenix which feels like a home to me now, even though I don’t have a house here. But sometimes home means some special people and the other times, home means your emotional attachment to a place and all the memories you have made there. Phoenix is a quieter city compared to New York. I think I should rephrase the statement to ‘New York is a different city from all the other cities in the US.’ I was staying at Manhattan and had an easy access to the Times Square- just ten-minutes walk from the hotel. I spent my time there in the evening and the morning when we were supposed to leave NYC. It was really interesting to me to experience vibes very different from a city like Phoenix. Some people would criticize that NYC is always busy but to others the happening vibe is all they need.

So, concluding the point where I started, New York is a combination of historical and modern architecture, popular Broadway theatres, great parks and have a constantly buzzing vibe. That’s why it’s called a city that never sleeps and that’s why some people like me will find unique beauty in the buzzing vibe of the city. 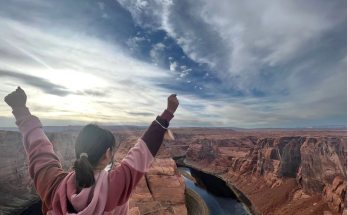 Becoming a Better Self

Anum Hanif is a journalist in Pakistan with more than eight years of experience in media. She has been working as a senior associate producer at Express News in Pakistan, covering political and social issues. She has previously worked at Neo News and Daily Jang. Hanif holds a master’s in philosophy degree in mass communication from Institute of Communication Studies University of the Punjab. As a Humphrey Fellow, Hanif hopes to learn about leadership, innovation in digital journalism and documentary production. She also hopes to expand her understanding of media practices in other countries through interaction with the other Fellows.

View all posts by Anum Hanif →