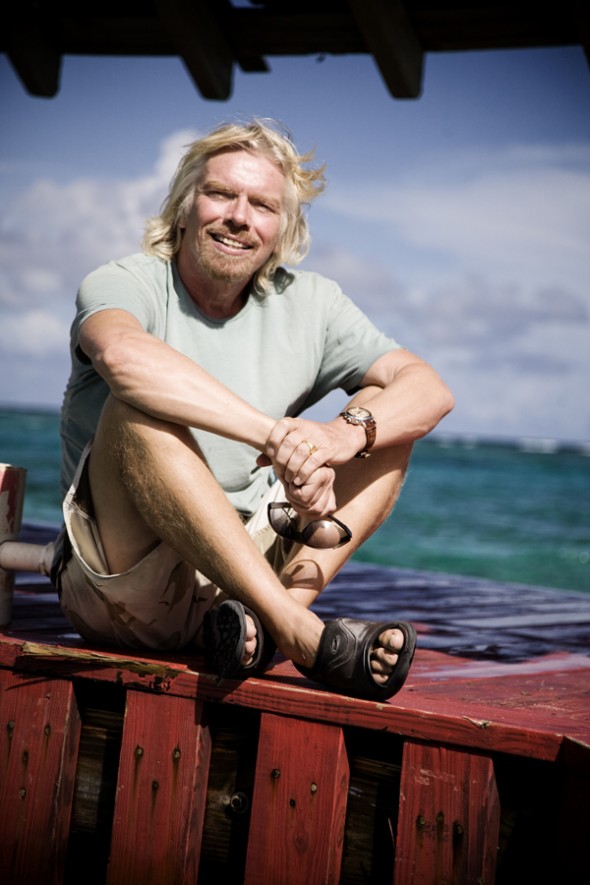 As leadership is number one topic this year I would like to share with you some inspiring stories from the life of a man who (I think) is a real leader. Although US seems to be quite obsessed with Steve Jobs (and I don’ t blame them), this one is from UK – Richard Branson, the founder of a Virgin Group.  His autobiography was one of the most inspiring (and entertaining) books I have ever read.

What I like most about him is his credo – you have to have fun doing what you are doing, otherwise you should leave it.

He dropped the school at 16 and founded a magazine called Student. He called Mick Jagger from a school phone to ask him for an interview, claiming John Lennon already agreed. Of course Lennon didn’ t have an idea. At the end he managed to make interviews with both of them. At 21 he saw an abandoned castle in the country and decided to buy it and turn it into a recording studio. So he walked in barefoot to a bank and asked for the loan. He got it (those were the hippie times…)and Virgin records lunched one of the most successful record in UK’ s history Tubullar Bells by Mike Oldfield.

He flew in an air-baloon across Atlantic and Pacific, won a yacht competition Blue Ribbon and founded a Global Leaders initiative with Nelson Mandela. Before he set off to any of his adventures he wrote a letter to his wife and kids with the same words: Love your family and enjoy every minute of your life.

When a mid-life crisis hit him, and he felt he haven’ t accomplished what he wanted (which is quite funny for a person whose company at that time was worth 500 million pounds) he was looking for a way how to solve it. Instead of buying a red Porsche and having affairs with other women he sent a plane full of necessary supplies to Iraq and exchanged it for British war captives. After this successful operation his mid-life crisis was over.

One Comment on “How to manage a mid-life crisis”