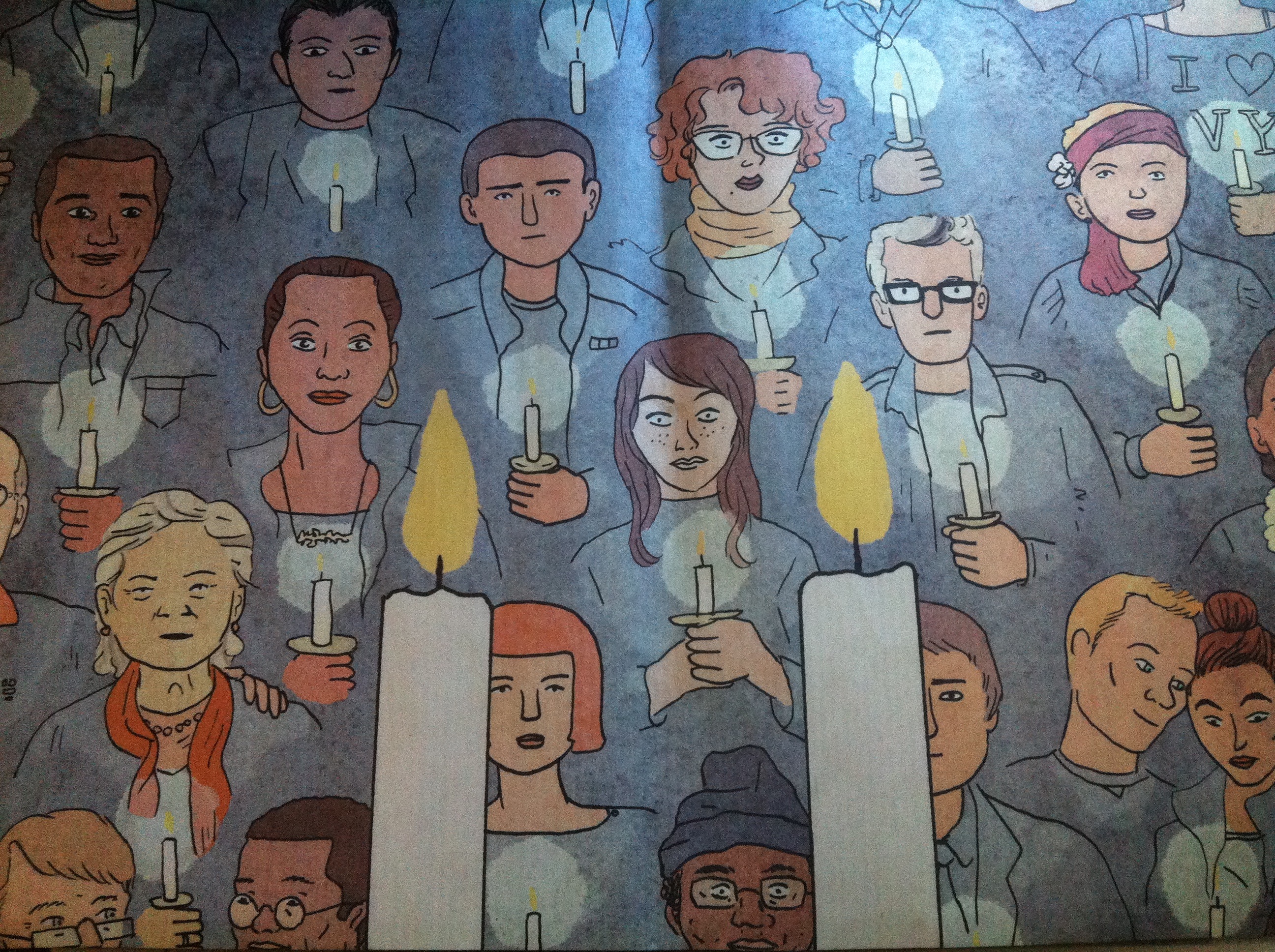 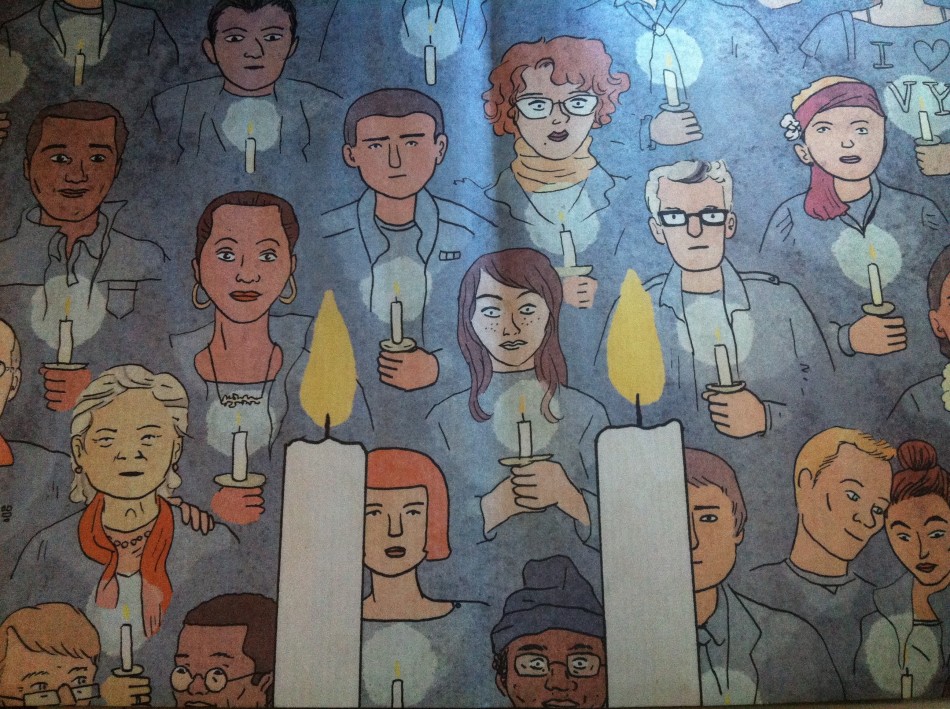 Before the 10 years’ anniversary of September 11, Sarah Glidden and Domittille Collarey drew an illustration for the Metro—a New York City’s metro newspaper. On the illustration, people of different backgrounds, colors, and cultures coming together to remember September 11. “In our opinion, it’s people are important, not buildings,” the pair acclaimed cartoonists from Brooklyn, NY. said, “these are the people that make New York special.”

In the Tribute WTC Visitor Center, which is near the Ground Zero, there are no leaders’ pictures and speeches showing how they led the people to conquer the disaster. We only can find the pictures, voices, videos, and names of victims.

In the Battery Park, the southern end of the Manhattan, a woman is holding a flag, reading the names on it. Nearly 3,000 flags stand in the remembrance field of honor, commemorate the victims of September 11. Every flag stands for one life.

On the 10 Years’ Anniversary Ceremony, most time was given to the victims’ family members to read their names and made memorial speech. President Barack Obama only recited a paragraph from the Bible, and the former president George W. Bush read a short poet.

The most impressive thing for me is that every life is respected. No matter what  background, color and culture, people who killed on September 11 will be remembered, as individual.

View all posts by chen →