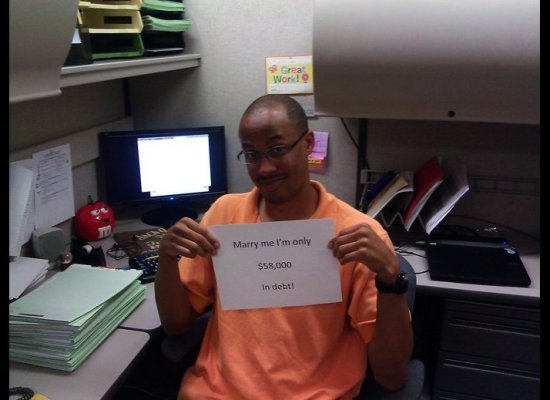 According to the Federal Reserve Bank of New York, the federal student loan debt has gone beyond $1 trillion this year. These loans can range anywhere from a few thousand dollars, to over $100,000 per student. I suppose my question is how likely it is that the money will actually be paid back. Sure, no one likes having debt, but how many students actually graduate with enough of an income to begin paying those off? Odds are, most people I am graduating with will start with jobs that aren’t paying enough to be paying the bills, let alone enough for extra money to put towards those student loans.

The most interesting part about student loans is that they are one of the only kinds of debt that are forgiven when a person dies. Their family does not inherit the debt that the person’s schooling as inflicted. How much money would the United States have if that wasn’t the case? If  I were in the student’s position, what would be the incentive to pay it off knowing that while it could effect your credit score, you will actually get away with getting a $100,000 education without actually having to pay for it? Just some food for thought.

Here’s the link to the story: