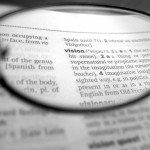 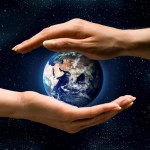 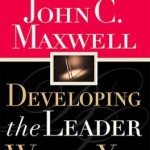 John C.Maxwell has mentioned in this book about the traits and the qualities that make a ‘Leader’.The concept of leadership he relates with the influence that a person exerts on the lives of the other.As the result of this influence,he becomes the leader and has the people following you.
The leader also needs to have a vision to make a ground for his followers.Without vision,he is not going to have followers and that vision he has to own,this way his followers will work with him to achieve the goals envisaged in the vision.
He also explores the significance of the ‘Attitude’that a leader must posses in order to bind the force of people with him.He can’t lose the people which are his most valuable asset.In order to have the support of his followers,he needs to understand what they want to achieve.This he can only understand when he comes upto thier level and start associating himself with them.He must have empathy and the attitude to understand their emotions and feelings.
He also discusses there are many things that you can develop within you to being a leader.He is not negating the fact that you are born leader but at the same time he also argues that the values such as influence,changing of attitude and getting to understand people you can develop within you.All you have to do is just to think yourself as a leader and that you have to lead.As Maxwell talks in the following link about this feature:

http://www.youtube.com/watch?v=0x6pgr47Qro&feature=related
He also talks aobut the importance of priorities that the leader also needs to set the right priorities in order to make it clear that what he wants to achieve.In this selection he needs to make the best choice as to what priorities lead to the way of the accomplishment of goals.He also needs to take his followers into confidence and needs to win thier trust.When he wins the trust of his followers then he can introduce the change he wants to make and his followers will put their efforts to bring out these positive changes envisioned by their leader.When they are drawn to their leader then they will follow him and do the task they are not obligated to.This change is linked with the development that is only possible with the right attitude and vision of the leader.

I think this book is very simple to understand,though sometimes it gets very boring when it comes to the theoretical part.But to getting know the various roles of a leadership  and the way Maxwell has mentioned examples from daily lives has made it quite easy for me to understand the concept of leadership in broad spectrum.He has not only given the examples of leaders like Napolean and Abraham Lincoln and many others great leaders but also talked about that how even being not in position we influence others and make impact on others’ lives as leaders.