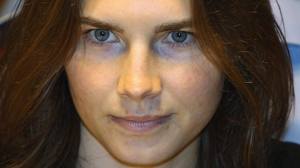 24-year-old Amanda Knox and her former boyfriend Raffaele Sollecito were acquitted of murder on October 3, 2011, after being sent to prison four years ago for the death of British college student Meredith Kercher. Knox is an American citizen who was studying in Italy when the incident happened to her roommate. Amanda and her boyfriend denied any wrongdoing. The verdict came after Independent forensic investigators testified that the evidence in the original investigation might have been contaminated. 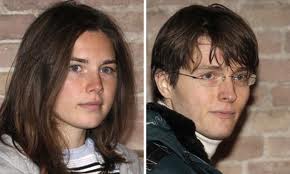 Suporters vs Opposers of Amanda Knox
The biggest supporters

–       “Friends of Amanda”- a site dedicated to the truth about Amanda and the charges against her”.

Three days after Amanda Knox arrest on November 6, 2007, her father Curt Knox, hired David Marriott, a PR specialist in communication crisis to manage the media press harassment about the case. The first target that Marriott began to develop a long-term media strategy, was to change the bad image that the international press was painting about Amanda Knox. The specialist collected many family and friends stories about Amanda and put all those stories at the media. He also integrated the parallel campaign developed by Amanda’s friends to his strategy. Marriott made use of specific news organizations using family’s and friends  to tell about Amanda’s true personality. The strategy worked well when they got space in national TV news magazine shows, which proved to be the best vehicle. The format allowed for in-depth investigations, and brought credibility to the family’s case. In spite of that, in December 2009, the Italian court found Amanda Knox guilty of Meredith Kercher’s murder. However, Marriott continued to enlist supporters to rebut the verdict focusing the argument that “there was no evidence”. The Italian court allowed an appeals trial to Amanda when they found out some misconceptions in the process. These facts caused the verdict to be overturned in October 3, 2011, allowing Amanda Knox to come home.

What will Amanda Knox’s next move be in her PR plan? Even though the court’s verdict of her innocence was what she wanted, her future remains open and full of possibilities as she finally faces the outside world.

One writer at The Week, a UK paper, says both Knox and Kercher’s sides need to back off after all this intense media scrutiny. In a poll by the LA Times, 49% of respondents said they believe Knox should get a book deal, because they believe she is innocent and agree with the verdict. Several publishing insiders were asked their opinion about a possible book deal to an Entertainment Weekly writer and all expressed interested in selling Knox’s account. There’s already been one book published in 2010 about her time in prison called, Take Me with You: Conversations with Amanda Knox in Prison by Rocco Girlanda, but this new book would be written entirely by Knox about her whole ordeal. Lifetime updated their movie on Amanda Knox to include the new verdict that acquitted her, even though her family from the onset was opposed to the project, afraid it would hurt her chances of being accurately judged. Barbara Walters has featured Knox in her annual “10 Most Fascinating People” special, which will air on ABC on December 14. “Fascinating” is definitely an understatement for Knox who has been cast by the media as both an angel and a demon. Marriott will not be able to convince everyone in the United States, Italy and elsewhere to see Knox in a positive light, but as long as he can meet his clients’ needs to “help them maintain some sense of normalcy in their lives,” he will have succeeded.

My name is Taati Niilenge from Namibia. I am a reporter, working for the Namibian Broadcasting Corporation. I am currently studying at the Walter Cronkite School of Journalism as a Humphrey Fellow. I plan to make the most of this experience and take a lot of knowledge to my country, especially with regard to Social Media. i do not know a lot right now, but I AM PLANNING TO SUCCEED!

View all posts by Taati →