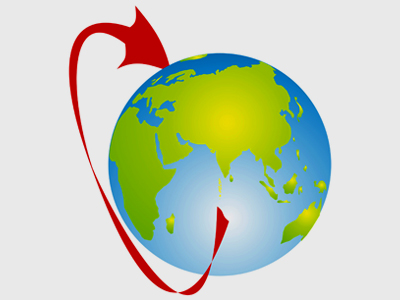 With the current trend of globalisation setting the stage for the 21st century, we all are being increasingly exposed to cultures that are inherent in countries other than our own.

With this comes the need for understanding, appreciating and adapting to these alien cultures, which in turn leads to the issue of how to decide which set of ethics to adhere to when we are dealing with a myriad of cultures, each with its own set of ethics, that in some cases may even prove to be contradictory.

This also entails whether we should remain erect in our ethical stance or, and if we do decide to slouch, to what extent such a leeway is acceptable.

While the US has a global dominance over various avenues, this does not necessarily translate into whether these should be the overarching ethics to which the world should adhere to.

Which brings out the assumption that a globally uniform standard of values driven by US administrative law should fall under their expectations rather than time honoured religious and moral codes.

For instance, the notion of religion arises a lot and repeatedly in Arab cultures, where ethics is set within the frames of what the religion prescribes.

Furthermore, local cultural traditions profoundly affect the working of ethics in certain South American countries, where ‘machismo’ and the ‘ethos of masculinity’ dominates the area of ethics in very substantial ways.

With such discrepancies existing, we need to wonder about how to go about with our actions and remain ethical in all senses, and coming off as having high moral values in the international arena.

It is universally acknowledged that ethics and values changes from one culture to another, but more interestingly, apart from descriptive studies within sociology and cultural anthropology, and some speculative reflections within the Marxist tradition, there has been relatively little detailed analysis on how this occurs.

An interesting way of curtailing this problem if we are to function abroad from our home countries, is to adhere to one set of ethical standards as a minimum level of ethical behaviour.

If the ethical standards in the host country are higher than that of our parent country, the accompanying standards should be modified in an effort to make them stronger.

With this comes the question of the extent to which such modifications can be brought about.

There are two thoughts that are running around today in the field of international corporate ethics.

On the one end are those who follow the idea of radical universalism, where they believe that only one set of ethics must be followed by while operating in different parts of the world.

On the other end are those who believe in ethical relativism, whereby different ethical variations in ethical standards must be graduated, largely depending on individual cultures and social climates within the host countries.

Thus, it would seem that the proper amount for ethical slouching should only be limited to the extent that would not offend the values of the host country, while remaining upright in the overarching set of ethical standards that we specifically and traditionally adhere to.

As such, if we are to function in an international setting, we need to weigh in all that we are exposed to on an ethical level, and carry ourselves in a manner which would least compromise our overarching ethics, while minimising the negative impact our actions may have on the ethical foundation of the host country.

One Comment on “What’s The Ethical Thing To Do?”