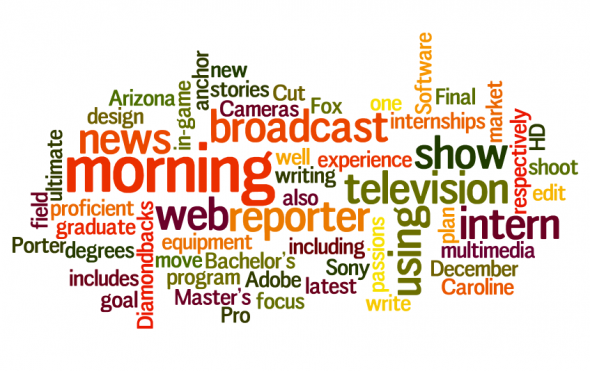 I am Caroline Porter and I am a multimedia reporter with a broadcast focus. I shoot, write, and edit my own stories using some of the latest equipment, including Final Cut Pro and Sony HD Cameras. I am also proficient in web design using Adobe Software and web writing, as well. My field experience includes internships with the Arizona Diamondbacks and Fox 10, as an in-game broadcast intern and morning show intern respectively. I will graduate in December 2012 with my Bachelor’s and Master’s degrees and plan to move to a new television market and be a reporter on a morning news show, one of my passions. My ultimate goal is to be an anchor on a television morning news program.

Written by: carolinemporter on February 3, 2012.

View all posts by carolinemporter →