As someone who a 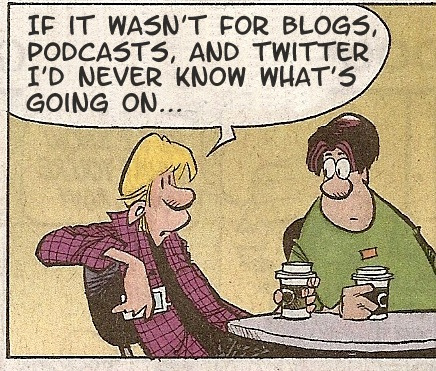 spires to be a journalist proficient in nearly every aspect of the craft, from writing to editing to programming, I place a lot of worth in the concept of versatility. All too often, however, I tend to have a narrow-minded view of what versatility really means.

As an American student at a state-of-the-art journalism school, I think of a well-rounded skill set as the Holy Grail of “backpack journalism.” But while being able to adapt to different types of journalistic situations is an admirable trait, an in-depth understanding of different cultures is perhaps a more important one.

Organizational Behavior and Globalization discusses the impact a growing global economy has on the way we do business here in the U.S. and in other countries. We can’t be confined by our borders, or else we would isolate ourselves from the majority of the market. What happens to the European Union affects our finances in the U.S., for example. Investments across trade routes knit us into a global community.

As journalists, it’s important that we maintain a strong sense of global perspective. Our mission is to inform the public, and the Internet has made it increasingly simple for the average reader to get up-to-the-minute coverage of events happening around the globe. But these events need people to cover them – people to get the story out. This impacts me personally because, in my role as a wire editor once a week at the newspaper, I have the responsibility of deciding which international stories should go in the next day’s paper. I need to have a keen sense of the impact certain events have on the global community, and I need to be well-informed in order to properly inform others in my role as a journalist.

In its discussion of globalization, Organizational Behavior also touches on the traits of an effective global manager. The attribute that stood out to me the most was “solves problems quickly in new circumstances.” This doesn’t just apply to covering a breaking news story for the local paper; it means learning to cover a story dealing with global or foreign issues in a way that is well-informed and respectful of other cultures.