For the book report portion of our seminar, I chose to read The Secret Language of Leadership: How Leaders Inspire Action through Narrative by Stephen Denning. As I stated briefly during class yesterday, one of the reasons I chose this book is because it revolves so much around the power of narrative. I am extremely passionate about English literature and, as such, consider the impact of narrative structure and tone on how the reader (or “audience”) perceives the story. Both of these make a huge difference in the type of message delivered through a novel.

However, I had never considered the impact that narrative structure can have in daily life! We each have our own narrative methods–the way we tell stories to our friends and family, the way we present ourselves and our ideas to our bosses and co-workers, and even the way we deal with children to whom we want to convey a certain message. Denning presents many interesting ideas about how we can add to and/or alter our own narrative structures to make our points much clearer and more impactful.

Most of the book focuses on Denning’s ideas of storytelling and story listening. He states that in order to understand an audience, we first need to study them: their likes, dislikes, and what’s at the forefront of their thoughts. We need to ask the question: what is most impacting them right now? Then we need to ask: how can I work that into my narrative for the time when they’re my audience? Denning says that by telling stories the right way and grabbing the audience’s attention, the speaker can deliver their message in such a way that the audience will come to picture themselves as part of the change being spoken about. They come to see themselves as the protagonists of the story and the previous research of the speaker means that the audience can see some of their most relevant and pressing worries as the antagonist. 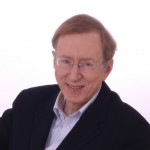 What I liked most about this book was its accessibility. The language and diction were clear and constructed in such a way that it felt less like he was commanding you to take his advice, and more like he was having a friendly conversation with you. This was especially appropriate given the fact that Denning places such importance on conversation, which he defines as a two-way street, not a one-way alley. Listed below are the fridge quotes I picked out, in order from the book:

View all posts by carolinemporter →