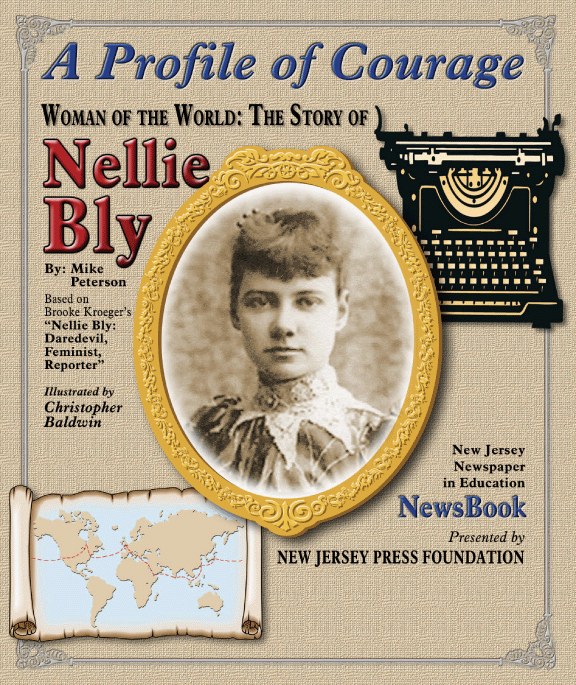 As I work on my leadership paper for class, I’ve been thinking about one of the ways I learn best, which is through watching others. I look at the lives of people I look up to, I watch how they handle certain situations, and I do my best to emulate the traits that I admire. There are a handful of female journalists, both in history and in the present day, whom I consider role models. All of them have a direct influence on my personal leadership journey.

One of these women is Nellie Bly, a pioneer in the world of journalism. Born in 1864 as Elizabeth Jane Cochran, the ambitious Bly set goals for herself and moved up quickly in the industry. At age 20, she submitted an anonymous letter to the editor of the Pittsburgh Dispatch; the editor liked her writing style so much that he hired her on as a reporter.

Bly poured her effort into her work, tackling social issues such as women in the workforce and dangerous conditions in factories. When her editors tried to pigeonhole her by assigning her to more-typical “female” stories such as gardening and fashion, she quit her job.

Soon after, she was hired at Joseph Pulitzer’s New York World, where went undercover as a “patient” in an insane asylum to expose the harsh conditions there. At age 24, she made a trip around the world – by herself – in 72 days to beat the record of the main character in Jules Verne’s Around the World in Eighty Days.

Nellie Bly’s daring, adventurous attitude and her unwillingness to follow the status quo are an inspiration to me as a growing leader. Warren Bennis, in his book On Becoming a Leader, says that to be a leader, you must separate “who you are and what you want to be from what the world thinks you are and wants you to be.” As I grow as a leader, I’m learning that sometimes it’s best to break the status quo – the key is knowing how and when to do so. As a young female journalist, I never want my age or gender to be the reason that I’m held back from doing what I love. If I’m ever in a situation where that’s the case, I plan to do what Nellie Bly did: move on and blaze my own trail.