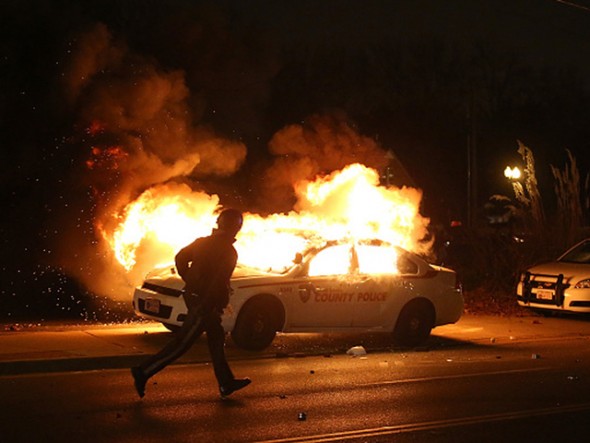 FERGUSON, MO – NOVEMBER 24: A police officer runs by a burning police car during a demonstration on November 24, 2014 in Ferguson, Missouri. A St. Louis County grand jury has decided to not indict Ferguson police Officer Darren Wilson in the shooting of Michael Brown that sparked riots in Ferguson, Missouri in August. (Photo by Justin Sullivan/Getty Images)