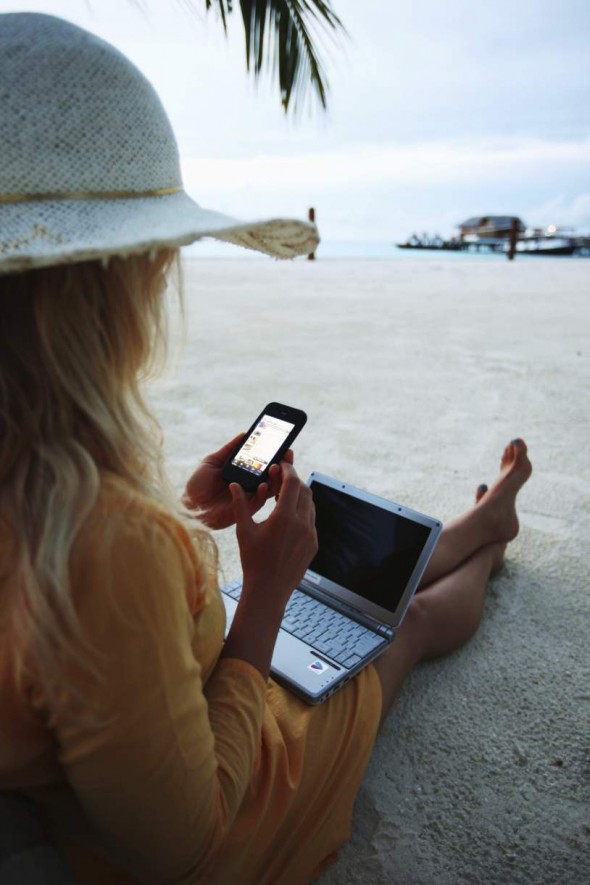 VILLINGILI, ADDU ATOLL , MALDIVES – SEPTEMBER 27: Woman sitting on Villingili beach, working with a notebook and mobile phone, surfing in the internet. The island is owned by the luxurious Shangri-La’s Villingili Resort and Spa Hotel on September 27, 2009 in Male, Maldives.The maldive islands consist of around 1100 islands and 400000 inhabitants spread on 220 islands. Till 2008, between 30 years reign of Maumoon Abdul it was not allowed for tourists to visit local islands without special permission. Now from Villingili Island, tours are possible to visit the local islands of Addu Atoll. (Photo by EyesWideOpen/Getty Images)