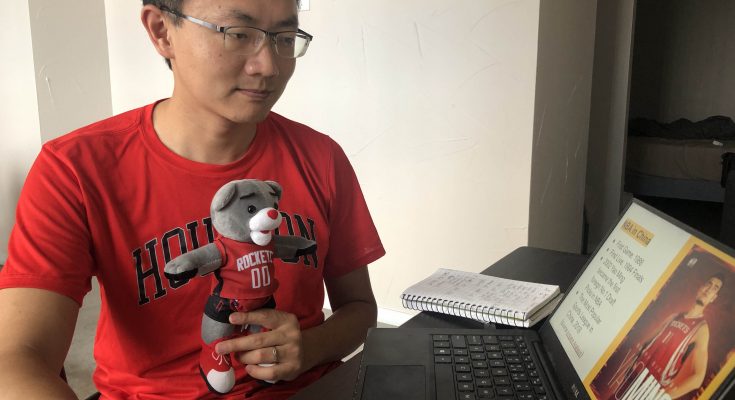 On March 17, basketball superstars Kevin Durant and four Brooklyn Nets players were confirmed to be infected with COVID-19. This is another big headline after the entire NBA  was suspended due to the Jazz’s Gobert and Mitchell being infected two weeks ago.

Hundreds of players stayed bored at home, some of them transferred to be e-sport hosts, and the fans were frustrated that they couldn’t go out and didn’t have any sports events to watch on TV.

Although it is unknown how much the lockdown will affect the best basketball league in the world, this is not the first crisis the NBA has encountered this season. Just six months ago, a tweet from a member of the NBA caused the entire league to lose hundreds of millions in revenue, which may be one of the most costly tweets in Twitter history. It was a political storm between the NBA and China last October, and perhaps this is because of a political virus.

Everyone should know the cause of the matter. Even people who don’t pay attention to basketball can also know a little about the matter from reports and opinions from various media outlets.

Briefly, the general manager of the Houston Rockets, Daryl Morey, posted a tweet on his personal Twitter account in support of Hong Kong people for more freedom. He wrote “Fight for freedom. Stand with Hong Kong.” Although Morey deleted it soon after, the screenshot spread quickly throughout the Internet, especially on China’s Internet. The tweet then triggered globally concerned protests and arguments.

In China, there were two main reasons for opposing Morey. First, a large number of Chinese users believe that Morey’s words were to speak out for Hong Kong protesters and support their actions. At the time, influenced by the propaganda of the Communist Party of China, public opinion in China generally believed that Hong Kong’s protesters fought for more democracy in order to separate Hong Kong from China and establish an independent region.

Therefore, for many Chinese people, supporting Hong Kong protesters was equivalent to supporting dividing the country, which is totally unacceptable. Secondly, because Yao Ming, the most successful basketball player in China’s history, played for the Houston Rockets, the team should have the most fans and get the most profit from China all over the NBA league.

Almost every Rockets game, the advertising space on the sidelines was always sponsored by some Chinese brands. After Morey posted the tweet, a large number of Chinese people thought that since you come to our country to make money, you should respect our country’s most basic national interests and the sentiments of the people, that is, sovereignty and territorial integrity. You cannot earn our money while hurting us. This is a very shameless act in our country. Some Internet users said that “For example, if a Chinese business is very successful in the United States, but he said that I support the people of California to make their own choices, and independence from the States, which the American people can accept?”

Some fans also mentioned Los Angeles Clippers’ former owner Donald Sterling as comparison, because of racist words when he was exposed in 2014, he was forced to sell the team by the NBA League. The fans argued that Sterling also had the right to freedom of speech, nevertheless, he was punished. But why was Morey not? Not only that, even a Chinese Ministry of Foreign Affairs spokesman said, “Lacking knowledge of the minds and hearts of the Chinese people while trying to build communication and cooperation won’t work.” At that time, both China’s official departments, the media, and many audiences claimed that the NBA and the Rockets had to apologize immediately for Morey’s remarks, and many even asked for Morey to be kicked out of the NBA.

However, on the other side of the Pacific, most people supported Morey. First, based on the First Amendment, Morey has the right to free expression, and neither the NBA League nor the Rockets can violate this basic right.

Secondly, the protesters in Hong Kong supported by Morey hoped that through the assembly and demonstration, they would get the right to vote for their own leaders through democratic ways. This is natural justice in the eyes of many Americans.

As a result, both ordinary people, the media, and even politicians in Washington D.C. believed that the NBA did not need to apologize and cannot succumb to the Chinese market and the Chinese Communist Party. An opinion piece published by the New York Times editorial board said, “The NBA has an undoubted right to set rules for its workforce, but it cannot simultaneously claim to champion free expression — the value of which consists entirely in the right to say what others don’ t want to hear. ” And Rep. Mike Gallagher also tweeted, “The CCP wants to dictate the parameters of acceptable speech worldwide. As Americans, we have an obligation to stand tall in defense of our values.“

Because Morey’s tweet has been coerced by political forces on both sides of the Pacific Ocean it has become an extremely subtle event. If the NBA and the Houston Rockets punish Morey or apologize for Morey’s words, it would definitely offend a large number of American supporters.

Conversely, if the NBA claims to support Morey, it will provoke a Chinese nationalist sentiment and lose China’s market. As a professional sports league rooted in the United States, of course, the NBA has chosen American values, so he can only accept the results of China Central Television and online steam platforms stopping their broadcasts of NBA games, and the Chinese business partners withdrawing their sponsorship. In February this year, NBA Commissioner Adam Silver acknowledged that the tweet had cost the NBA about $400 million.

This result has no winner. For the NBA league and the team, they lose real money and business reputation in China, even six months later, the future is still uncertain. Whether China Central Television will still broadcast the NBA games is unknown. On the other hand, the incident caused a halt of basketball for Chinese citizens as well as an increase of anxiety regarding cyberbullying.

I, myself, had a similar experience. At that time, I had come to Phoenix to participate in the Humphrey Program, which is an exchange scholarship, and as an NBA fan, watching a live game has always been a dream of mine. However, when I first entered the Talking Stick Resort Arena, the stadium of Phoenix Suns, I was afraid to post and share my excitement and joy on my social media because that exact day was the climax of the conflict between the NBA and China. That felt terrible.

Sports is a business, but it is also an active and fun game. The original intention of sports games is to make participants and viewers enjoy pleasure in competitions and games. However, when pure sports are entangled by political viruses, they seem extremely heavy. People talk endlessly, where is the boundary for free expression of celebrities?

From a business perspective, is it right to conduct self-censorship before speaking or to restrict the space for free expression? In fact, there is a preset premise for raising these questions, that is, the speech of celebrities should conform to a certain political correctness, and judging what is political correctness is the various political powers behind sports, including public opinion, the media, and politicians.

Especially in this age where the Internet connects everything, the voice from any corner of the earth may be amplified by a political force into a storm of public opinion. If you pay too much attention to these political powers, the sports world may lose a lot of free expression space and, as a sports fan, you will also lose a lot of fun. This kind of thing is a political virus, everything must be politically correct. Does the virus really make our lives better? For those who want to utilize all the things that people watch, such as professional sports or the entertainment industry, to make some kind of political expression, please think carefully.

In fact, by the end of 2019, Mesut Ozil, a soccer player at Arsenal in the Premier League, also expressed criticism about Chinese Government and their detainment of Uighur Muslims in Xinjiang on his personal Twitter. This tweet caused criticism from some Chinese people, and he denied to delete it and apologize.

The Arsenal club he played for, just issued a statement saying that Ozil’s words only represented him personally and had nothing to do with the club. However, unlike the NBA matter, China’s response to this issue has not been that extreme. National television and online platforms have gradually resumed their previous arrangements after suspending live broadcasts of Arsenal for several weeks. At that time, only a few angry fans continued to criticize Ozil, and most of them did not take any action against Arsenal or the entire Premier League.

It seems that this event, which may cause greater storms, has subsided. This may be related to the inferior influence of the Premier League and Arsenal in China as compared to the NBA and the Rockets, but it can be clearly observed that China’s political powers have not pushed this matter to the epicenter of public opinion. If both sides are calm, express attitude prudently, giving sports more space is a good idea, then why doesn’t the U.S. try it? 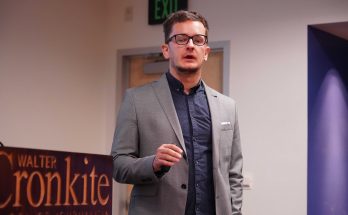 Quarantined in Montenegro’s Mountains isn’t That Bad After All

View all posts by Chentao Cui →