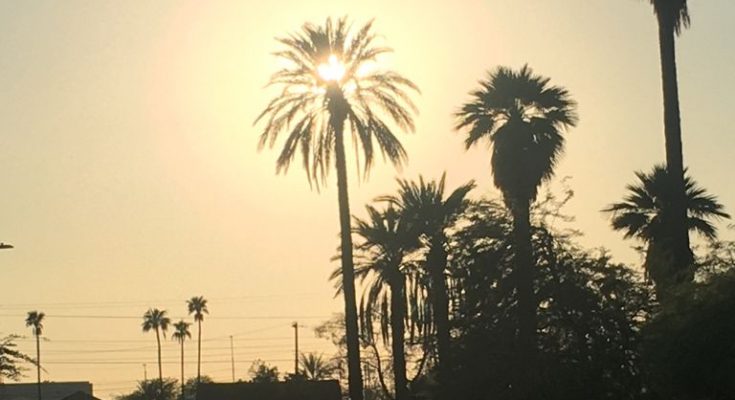 When Dionysius Exiguus, a Russian 6th Century Monk, also known in (Latin as Dionysius the Humble) took a task to modify the Christian Calendar from the years 527 to 626, he had to start from (Before Christ -BC) and (Anno Domini – AD), a Latin phrase for year (Declercq, 2000, p. 152). Dionysius might have not been fully aware of likely connotation such an innovation may bring forth. The Roman Christians and the hoi polloi in the empire alike, had to start to date events. The birth of Christ had to start from somewhere and zero couldn’t be a year enough, thus counting had to start from 1 which became the first day of a modern calendar.

When I landed in Kansas City Airport, Missouri, to enroute to Lawrence, Kansas, it was June 1st, 2021. At the University of Kansas, a team of jovial Americans, affectionately as they were, unconsciously infected me with a stress of counting down days. The first word, pleasant as it was in my ears, was in the usual American way, “welcome to the US”. This was the second time hearing the word on American soil. In Washington DC, a neatly dressed handsome immigration officer told me after he stamped my passport. Unlike in Lawrence, this busy officer only welcomed me to American soil. The Lawrence friends did immediately proceed to inquire about my next university which I said to be Arizona State University.

A mere mentioned of Arizona State University invokes mercilessness of its cruel temperatures. In their hoarse voices, as Midwest Americans sound in my ears, every single loaded negative adjective was used to describe the heat in Arizona. While still mesmerized by a new place, the infectious cadence I had received about my next place had started tormenting me in the future. I started counting down my worse days before arriving in a land colonized by wild heat.

Even when I tried to put on a face of resistance, my black and ebony melanin felt something closer to a furnace described in the book of revelation. What made me almost succumbed to heat wasn’t a blast itself, but the way traumatic preaching played out in my brain. Coming head-on with reality of heat, I postulated that if Arizona hasn’t its extra sun, then the sun overhead must be out for a revenge mission. Having been denied control in other parts of the US, the sun above Arizona must be begging for a space of recognition.

On day one and two, it was inevitably possible to coin up my own name for Arizona, and invariably, it became Arid zone – a dry desert zone. Its ever-dried rocks, barren environs, and dwarfed cactus trees are some of the features which make it a classic colony of the sun, just like the Arabian desert. Sometimes, I would think the Arizonians cold war with sun needs some magic intervention from him he who regulates it before the sun could unleash her heartless offspring to bake all that breath oxygen. Could this take some form of a peace pact with sun, perhaps. No, can I describe it as a flat edge baking pan which people mistakenly referred to as state of Arizona? Possibly, the pan could be on slow coal fire to roast. My strong-hearted attitude almost disparaged cruel human greed which contributed to environmental degradation. How I wished I could borrow bags full of snow drops to bribe angered sun above us.

This was some a kind of self-dialectic appeasement to wane off two months induced stress. In an ideal or natural economy, the sun isn’t only supposed to ration heat but also work collaboratively with helpless souls beneath it. It should not always be an era of atomic nucleus. The endless thoughts of being part of this beautiful program called Humphrey Fellowship kept me on, however, I would still think the Arizona sun might need some foreign blood to appease it. Daily, my meditation is to beseech this blazing heat to rain softly on us or else it would bake us alive.

Atok Dan has a degree in public relations and a Master of Arts degree in monitoring and evaluation. He currently works as a station manager for a humanitarian radio program serving refugees from Sudan. Dan has been in the media industry for more than 10 years, serving in different capacities. Growing up as a child soldier during the civil war in Sudan, Dan has experienced disinformation and misinformation as a policy strategy deployed by the Sudan’s People Liberation Movement and Army SPLM/A. He is looking forward to the opportunity to interact with a wide range of knowledgeable experts to further develop his communication skills. He chose the Humphrey Program to interact with others to acquire a different perspective on issues.

View all posts by Atok Dan →