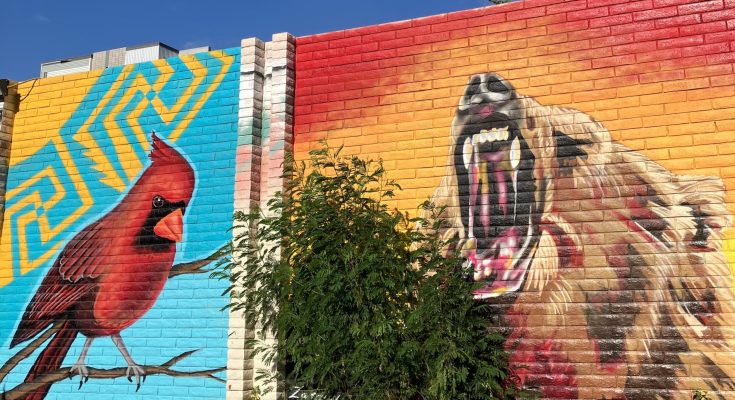 She came very close, ready to attack. “You wanna kill me? Go ahead! I will kill you,” the woman yelled in a low, raging voice. The man went silent. His request to lower her voice over the phone had turned her to wild hostility in a matter of seconds, and he apparently was not willing to take it any further. The few other passengers onboard stayed quiet, like the chill of air conditioning had frozen them. The idea rushed through my mind that I had to leave while the doors of the carriage were still open. Suddenly a sturdy voice from the speaker asked the troublemaker to step out, otherwise the train won’t continue. After some hesitation the woman complied, bursting with swear words on the way. I breathed a sigh of relief. This was my very first ride on the light rail in Phoenix.

Not so light, I would argue. But not so bad either – I have taken many rides since and nothing alike has come up. Still, I appreciate that nobody was carrying a gun on that first anxious ride.

Since my teenage years, I have had these irrational fears or even premonitions of being accidentally shot. Frankly, I don’t know the reason because guns are not common in my native country of Latvia and shootings happen very rarely. So coming to Arizona this fellowship year means I’m really as close to casual gun use as I’ve ever been in my life. Before the trip my friend even asked how I feel about going to the U.S. for so long. Oh, bet on my survival, I told her. All I need to do is be cautious not to get shot and not to fall in love, and I will be back to Latvia safe and sound. We laughed.

The idea of everybody’s right to carry a gun still takes me by surprise every time I encounter it. That seems like one of those American traits that I find so counterproductive and outdated, that I am baffled why it still holds such a firm ground in a country that is conquering space, developing artificial intelligence and advancing bioengineering.

When I read a sign that said “WEAPON FREE AREA” on the school gate walking in downtown Phoenix or hear officials explaining that my university is a gun-free zone, I do not feel protected. I felt confused. Well, in real life these signs and rules are no more a safety guarantee than a prayer. School shooting accidents are on a sharp rise across the U.S. A professor just got killed at a university campus in Arizona by a former student this month. And what is the point of compartmentalizing public spaces, if this effort is obviously focused on effects, not the cause of the problem? But Americans do not even agree that there is a problem in the first place.

One month before I arrived in the U.S., seven people – 8 to 88-years-old – were killed and 48 wounded by a shooter during an Independence Day parade in Highland Park, Illinois. As people were screaming and running from the bloodshed, a two-year-old boy was found wandering alone amidst the debacle. It turned out both his mum and dad were just killed. I was reading the news still in Riga, taking a moment to mourn the victims and reflect on the horrific fact that a toddler has been “lucky” to survive… during national holiday celebrations, when his family perished. This felt crazy.

A week earlier the Supreme Court had passed a ruling that the Constitution provides a right to carry a gun in public and states cannot prohibit it. One day later Court overturned landmark Roe v Wade ruling, effectively ending constitutional right to abortion and giving states the authority to prohibit it. This lawmaking sequence felt even more crazy than a massacre on Independence Day.

Why being both “pro-life” and “pro-guns” is not recognized as a contradiction? In an absurd shortcut to these two historic rulings, every fertilized egg now has a constitutional right to bear arms… Nobody should die before being born into the world, where then anyone can die at any time at the whim of a random shooter.

For the record, my unfounded fear of being shot has not surfaced while here in the U.S. Maybe that’s because I have come to terms with death even before crossing the Atlantic ocean. Actually, I am here exactly because my life was shattered.

When my perfectly healthy husband was killed by COVID-19 in the very beginning of the pandemic in early 2020, it felt like an end of life. End of our marriage of twenty years, end of shared past and future plans. The End.

It took time and effort for me to grasp that this is really not the end of my life, but something more challenging: end of life as I knew it.

Accepting the randomness of death was a necessary step, but not sufficient. I needed to accept the randomness of life. It also made me take a new look at my excellent professional career and ask unsettling questions – what is it that I have not yet done in my life and need to start now?

This is what I am learning step by step – to live through the pain, by being truly present to my life that keeps unfolding. Expanding my horizon of attention and empathy. Seeking new experience in the U.S. as a part of this intellectual effort means literally stepping into very different geographical and cultural circumstances. I am almost five thousand miles away from my comfort zone.

This is the first year in a very long time when I have the luxury of such a radical exploration – aiming not to achieve a set of very particular goals, but rather to open myself up to the unexpected. To grow. To be surprised.

My roommate here in Phoenix is a bright young masters student from Mexico, and her vivid stories of turmoil her country is going through and her hopes for a better future ignites my optimism. My friends in this diverse cohort of Humphrey Fellows have endured such heart-wrenching professional and personal hardships that I am humbled to share the hard-earned victories and mistakes that my country and my team have been so lucky to achieve – in true hope that my experience can inspire and assure. Even this sun-scorched earth here in the Wild West is full of meaningful secrets, wise history lessons and telling future challenges I can learn from. I feel grateful.

Yes, there are times when something weird, disturbing or senseless is happening in the carriage I boarded a couple of months ago… But the ride is totally worth it. 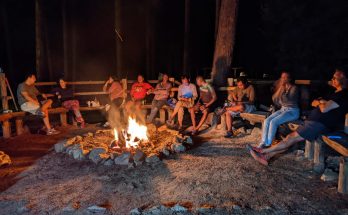 View all posts by Nellija Locmele →