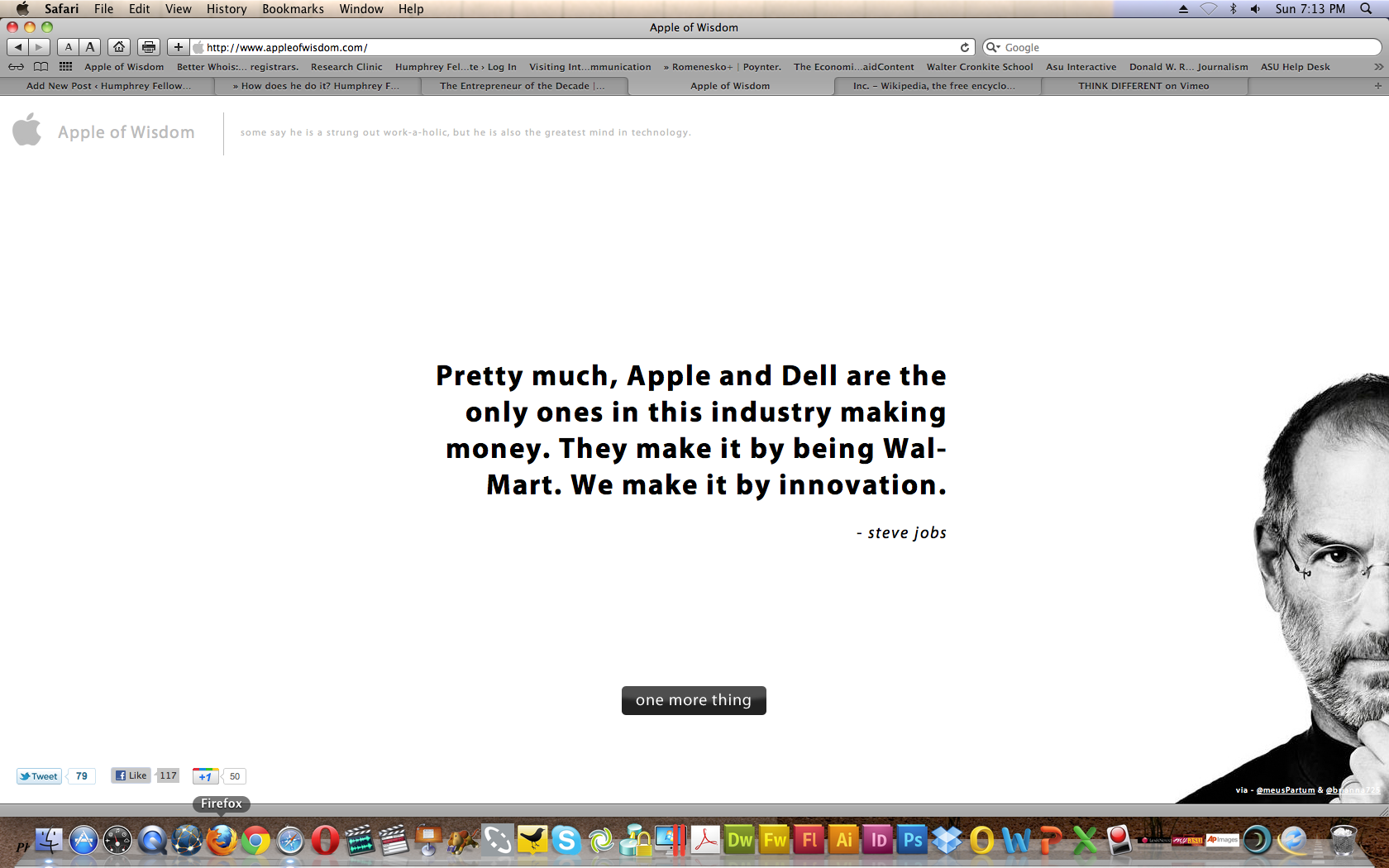 Who could believe 15 or 20 years ago that a company named by a fruit would take a large bite from the radical change in the way media functions today? As gizmodo.com puts it in an article named Steve jobs invented Your Dell PC and Your Android Phone, “hate him or love him, but this man lead some of the most talented bands of engineers in the history of the planet to create gadgets that have changed the way we understand technology”.

Could anyone have predicted that the devices that Jobs and the Apple community (now more than 40.000 employers) invented will take part in the destruction and reinvention of doing professional journalism? Not to mention changing the way media consumers act in the new market circumstances.

The more interesting thing is that in his last letter as a CEO of the multinational corporation which was founded more than 30 years ago, Jobs predicts that the bright days of innovation are about to come.

So, there might be more than one answer to the question “How does he do it?“, but at least one of them could be found in the content of an old commercial launched back in 1997 named simply  Think Different.

View all posts by rizagor →