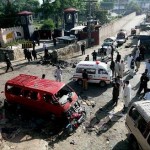 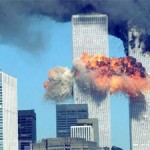 As 9/11 is approaching I remember the days of my final semester in Masters which were too hectic to take off all my pleasures and enjoyment.When one day suddenly an event happened which shook not only the USA but the whole world and we never knew that it would shake Pakistan the most.The route our university bus used to take from the stop to the university was Constitution Avenue which had all the foreign embassies on the way.We all used to enjoy the travel as the journey was so beautiful from home to Quaid–e-Azam university which was in Federal Capital City Islambad.The city which now presents the scene of more like a castle having security check posts on the main roads.
On Septmeber 12,2001 we were snatched from our beautiful route to the university.Addendum to this,some weird incidents started to happen in the bus as the police used to enter our bus every day and physically checked all our male fellows.The time we used to spend discussing funny and sometimes studies stuff was more based on the events started to happen in Pakistan.
Being a student I never realized that what we faced in the bus or the change of the routes was herald of so many horrible events that would take place in PakistanPakistan witnessed just one suicide attack in 1995 but during last decade suicide bombers have struck Pakistani targets more than 290 times, killing at least 4,600 people and injuring 10,000.Many times Pakistan has been termed the most dangerous country in the world but it is not dangerous for the world rather its dangerous for its own citizens who are victims of these terrorist incidents.
The war on terror started in Afghanistan spread to Pakistan to such an extent that Afghanistan is not witnessing that much terrorist incidents as Pakistan do.USA started to target terrorists in Pakistan through drone strikes in 2004 which are still going on.Besides killing terrorists it is killing citizens as well ,which is infuriating the majority population of Pakistan.The US has given Pakistan huge amount of aid in war on terror but the price Pakistan has paid in this war in form of human sacrifices has outnumbered that financial support.This year the fruit of war is ripened when Bin Laden was finally hunt but this hunt has not only cost US but Pakistan as well.
Pakistan is the surviving victim of 9/11 which is crippled and getting bruised with the passage of time.Former President of the USA George W.Bush in his book Decision Points writes that ‘You have to do what you believe is right and accept the consequences.’But in case of Pakistan the consequences are not accepted but imposed.