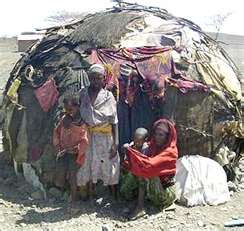 I came across an email that I sent to my office a few years back when i was on a Journalism seminar in Belgium:

One quarter of Global fund aid provided by rich governments is used to fund expensive and often ineffective Western consultants, research and training, rather than targeting the issue of the eradication of poverty. According to Action Aid, an international development agency, many poverty stricken countries receive Aid, with the aim of eradicating poverty. There are even promises to increase global aid , of which half of the increase is promised to Africa, the region which lacks behind in the achievement of the 2015 millennium development goals. However, it was found that a lot of money which is supposed to help eradicate poverty is lost to poor countries due to ineffective technical assistance from donor countries. Overseas Development Aid was not targeted to poverty reduction as it was supposed to be, but rather used in the form of ‘phantom’ aid. This is aid was poorly allocated, spent on over-prized and ineffective technical assistance, double counted as debt relief or spent on refugees, as well as administration spending in the donor country amongst others.People should keep in mind that Aid needs to help the poor and not line pockets of western consultants. There is a need for a radical change in the way assistance is provided, in order to stop donors from trying to control poor countries and rather let them determine their own ways to development and be allowed to speak rather than being ignored. People should also stop assuming that western experts have better ideas than those who are actually experiencing it.

****Its been four years and I have discovered that not much have changed. Efforts are still done to help people in developing countries.In most cases, countries that are well known are benefiting from the Aid…but Africa? I wonder. I think Africa is still just viewed as that poor continent with starving children  and people running around in bushes and no brains at all. Just another passive brain with no idea that needs to be ignored, because there are better countries that needs to be listened to.This is really the center of Phantom Aid. People should forget about the money that is donated to the continent and start paying attention to what Africans have to say, rather than to ignore them.There are lots of ideas in those African brains, that can make the entire purpose effective. It is not enough to show the world a bunch of professional photographs about hungry people, wars and schools under trees. That is just another way of blinding the world that Africa is being helped. We need to be involved in solving the problems in our continent and given the necessary support.

Surely it is absurd to give those who are already advanced, a bigger push than those who are still at the bottom.Luckily there are a few people who really pay attention and have real curiosity about the affairs on the continent. With that, I guess there is a tiny light of hope shining somewhere for Africa.

My name is Taati Niilenge from Namibia. I am a reporter, working for the Namibian Broadcasting Corporation. I am currently studying at the Walter Cronkite School of Journalism as a Humphrey Fellow. I plan to make the most of this experience and take a lot of knowledge to my country, especially with regard to Social Media. i do not know a lot right now, but I AM PLANNING TO SUCCEED!

View all posts by Taati →