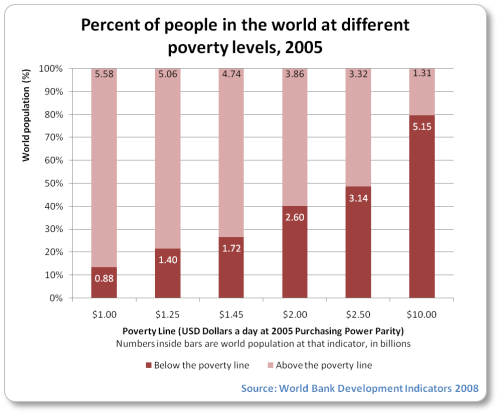 In recent news, the US poverty rate has risen to 15.1%, the highest since the Census Bureau started collecting data in 1959.

So as Congress debates President Barack Obama’s new $450bn job creation plan, I encourage you to try to keep it in perspective. Remember to help those less fortunate than yourself (even as a “poor college student”) and do not take for granted the resources and opportunities that life has given you.