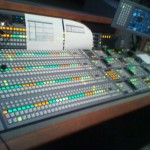 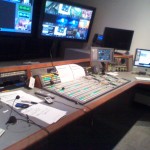 I spent whole Tuesday with the Newswatch.For me it was just like my office ,everything was the same except the faces and the technology.The producer Jim Jacoby was extraordinary patient man which is usually less expected of a producer.i sat on Chyron which was the machine to play computer graphics .This is totally different from what I used to work on to play graphics in Pakistan.After three or four blunders I understood the concept of the machine and then it went well.
The control room was not panicky at all ,everyone is quite emotionally stable.Even though it was a mock and many blunders occured but the producer didn’t lose his temper.He was handling everyone at one time.Besides learning technically,I am also learning how a producer must act towards his team fellows and especially how to keep everyone settled when something not expected happens.As in production when it is on air then its not reverted.When I go back Jim will be my example.