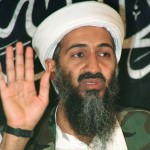 ‘Did Osama Win’?By Andrew Sullivan,I was reading this article in Newsweek and I am really touched by the opinion of the writer as I also hold the same beliefs about the events started to occur in the aftermath of the 9/11.
I wrote in my last blog on 9/11 that it was beginning of so many negative changes in the world in the guise of war on terror.
The writer mentions about the fear of those innocent lives boarding the flights as he wrote that their fear quickly ended with the collapse of twin towers while ours had just begun.He also wrote that this was an end to American innocence and the herad of new world immune to theorcratic barbarism and nothing is as frightening as violence waged in the name of God.
There is no better example of wrath of terrorists than Pakistan which is facing their revenge against war on terror in the form of suicide attacks and bomb blasts.I still remember when I on my television show used to give material to my anchor about lawlesslness in Iraq and Afghanistan.But during last three years,we were all surprised to see that Pakistan witnessed more suicide attacks and bomb blasts as compared to Iraq and Afghanistan.We have done series of programs where religious scholars condemned all these suicide attacks in name of religion and God but futile as their condemnation could not persuade the perpertrators to halt them.
Did Osama win or lose,I dont find any interest to find its answer but I only know is that the forces to destablize the world and my country through their illogical ideologies are so far successful-if you need evidence then look at the rate of killling of innocent civilians in the hands of these terrorists in suicide attacks and bomb blasts which is In the last decade, suicide bombers have struck Pakistani targets more than 290 times, killing at least 4,600 people and injuring 10,000.
In order to stop these elements to emerge triumphant in the future,the solution is not the force as it will only mean more bloodshed and more bloodshed will not end up in peace but instability.Osama is dead but has left many behind who are working to implement his ideology.The war should not be against killing those who implement ideology but against killing the ideology itself.