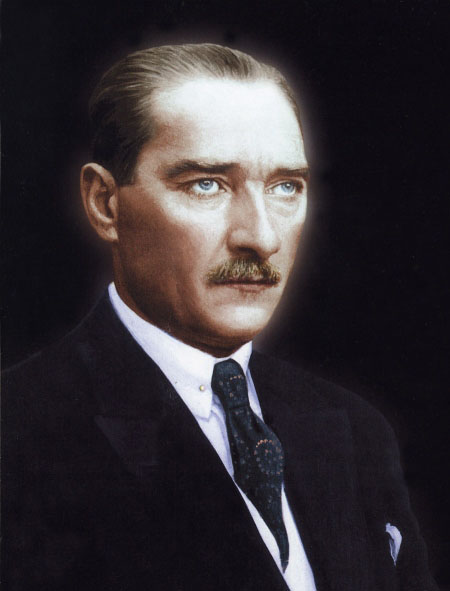 Mustafa Kemal Atatürk was born with the single name Mustafa in Salonika (part of the erstwhile Ottoman Empire, now in present-day Greece) in 1881. He left his humble family upbringing at age 12 when he was sent to military school. This began a decorated military career; Atatürk graduated from academy in Istanbul in 1905, then fought the Italians in Libya (1911) and in the Balkan Wars (1912-13).[i] But it was in World War I that Mustafa Kemal began to make a name for himself as national hero. He successfully defended the Ottoman Empire in key battles against the British and French, most famously at Gallipoli. The British/French campaign was crushed, but at the cost of over a quarter of a million Turkish soldiers. This may be the first moment of Atatürk motivating his people to achieve a great success at a great cost, and his order at Gallipoli is memorable: “I do not order you to attack, I order you to die.”[ii] After the war, Kemal helped lead the Turkish  resistance in its Independence War. He was unanimously voted President of the new republic in 1923, ending 700 years of Ottoman Sultan rule. Kemal Atatürk wasted no time implementing his vision of modern and cosmopolitan reforms. He popularized the transition by traveling the countryside, meeting his people, and issuing mottos like, “Let science and new ideas come in freely. If you don’t, they will devour you.”[iii] 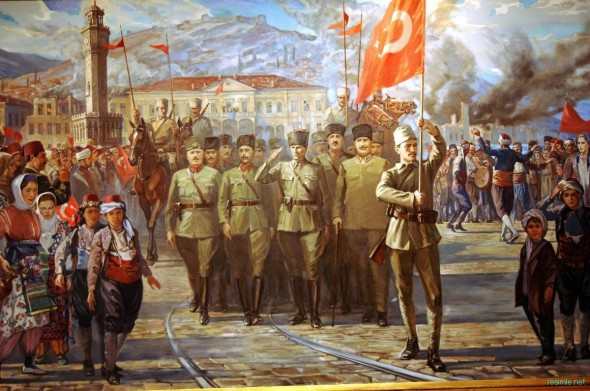 The revolution survived challenges early on, from attacking Greeks and death sentences from the Ottoman government on Atatürk himself. Considering this, it is almost shocking how swift and sweeping were the blue-eyed Turkish leader’s reforms. A main concern was creating a nation based on law and equality, and not religion: Islamic sharia law is abolished in 1924, traditional clothing was ordered abandoned in 1925, and Atatürk declared Turkey to be a secular state in 1928.[iv] As President of the new republic, Atatürk also focused reforms on government itself, instituting Western-style democratic systems like a parliament, a modern bureaucracy — in short, a government responsible to its people, and not the other way around.[v]

Gender equality and ubiquitous public education are the remaining two cornerstones of Atatürk’s visionary reforms. In 1934, he granted full political rights to women, ahead of some European nations. Equal marriage rights for women were included in the Turkish civil code of 1926. Atatürk believed, arguably ahead of his time, that no nation could advance without half its population, and therefore disenfranchisement of women must be a thing of the past for Turkey.[vi] This belief formed a part of education reform as well, as seen in the introduction of mixed-sex education at Istanbul University in 1933. Atatürk ordered modernization in the allocation of education to all children, including measures to increase financial aid, unification of education under a state system, and the remaking of the Turkish alphabet. The central goal of these reforms was to alleviate poverty through literacy, and prepare those in schools for positive contribution toward public life and a civil community.[vii]

All these accomplishments point to the powerful leadership qualities of modern Turkey’s founding father. Also worth noting is his apparent belief in learning as a lifelong process of personal growth. Kemalist reforms drew from study of several other systems, including British, Italian, American, and Swiss ideas. Atatürk himself lived his life as somewhat of a role model for the modern, cosmopolitan ideals he advocated. He adopted twelve daughters and a son after his divorce to Latife Uşaklıgil in 1925, and in his leisure time kept up a diverse rotation of interests, including writing, reading, horseback riding, chess, swimming, and dancing of all forms.[viii] 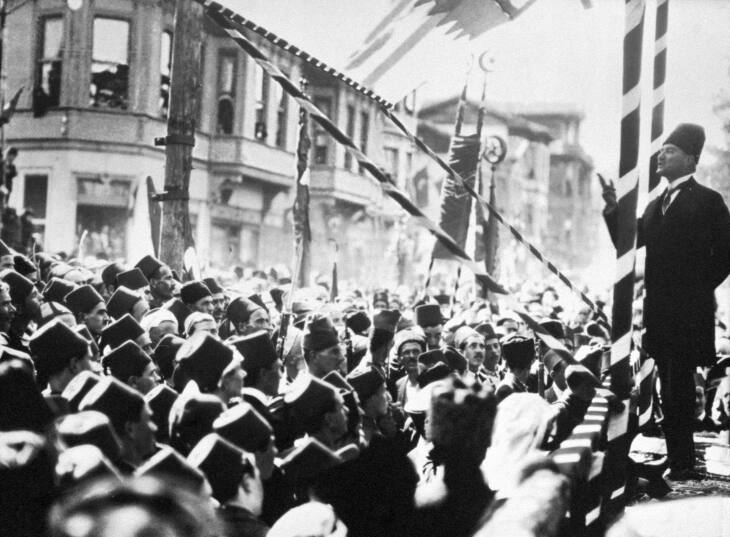 And though he was a capable war general, Atatürk stated publicly that peace abroad and at home should always be the goal, and that “[u]nless the life of the nation faces peril, war is a crime.”[ix] Quotes like this are still remembered in Turkey, and the leader still revered — visibly, in fact, as monuments and statues to Atatürk stand throughout the country, and even in Australia.[x] Indeed, Atatürk’s legacy is worldwide, as even U.S. President Barack Obama visited the late leader’s tomb in 2009 in homage to his democratic vision and to improve relations between the United States and Turkey.[xi]

Despite these successes and praises, Atatürk was not without his detractors. For example, in the wake of the Independence War, the Turks indiscriminately killed peoples in their path, leading to the Armenian. Atatürk did not assert his authority to try to stop this, instead telling the League of Nations “that on the account of the excited spirit of the Turkish population the Angora Government would not be responsible for massacres.”[xii] Many also criticized Atatürk for the speed and authority with which he advanced reforms, saying he ignored tradition and didn’t include advice from others in his decision-making or support the growth of opposition political parties. We can learn something from these criticisms as well. There is much room for continued debate on this issue, but that lies outside the scope of our report. We only note that from a leadership point of view, an uncompromising and authoritative approach can be seen as both a strength and a weakness simultaneously. In this instance, modern Turkey’s founder serves as a lesson in the difficulties of remaining in control, yet maintaining the trust of those you lead. 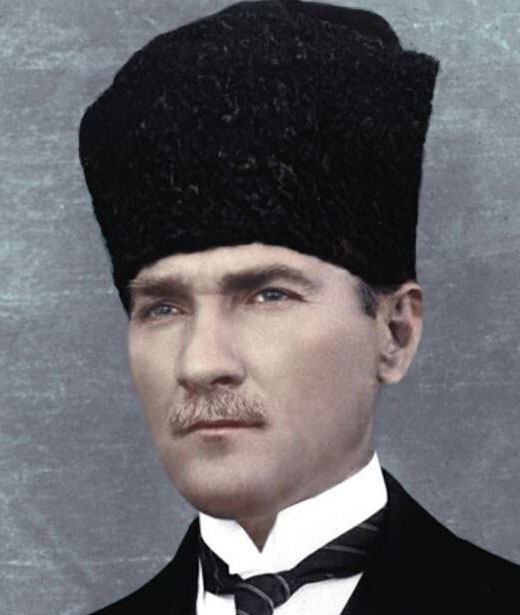 In conclusion, we chose Mustafa Kemal Atatürk for our Global Leader Profile because he embodies qualities of both “Leader” and “Manager,” as discussed in this seminar. He displayed leadership qualities in his vision, innovation, and popular appeal; he displayed management qualities in the effective institution of these reforms. His Kemalist theory was based in realism, technology, equal civil rights and, when possible, peace. Because of his lifelong quest for the modernization of Turkey, the nation is now a growing power and occupies an unique place on the world stage: culturally Islamic in many ways, yet politically secular and modern. While Turkey’s current domestic status is by no means perfect, and though Atatürk himself did not please everyone with his leadership style, his contributions remain among the most outstanding of the 21st Century.

View all posts by chen →