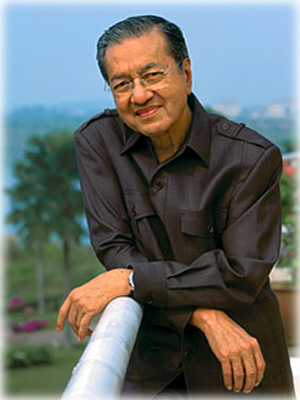 “To be a great leader, one needs to have good strategies, be knowledgeable and able to predict the future”

Tun Dr. Mahathir Bin Mohamed is most famously known as being the Prime Minister of Malaysia for 1981 to 2003. He is accredited as having brought prosperity and security to Malaysia today, bringing it up from an agrarian society to one that is one of the most developed in the South East Asian region.

Mahathir has been referred to as a leader who not only had charisma and public speaking skills, but one who invested heavily in his country’s economic development. He has been described as being an intellectual, honest, communicative leader, and one with a clear vision.

The son of a schoolmaster, Mahathir was born on December 20, 1925. His family came from a very modest background, as they were not aristocrats, now were they particularly inclined religiously or politically. 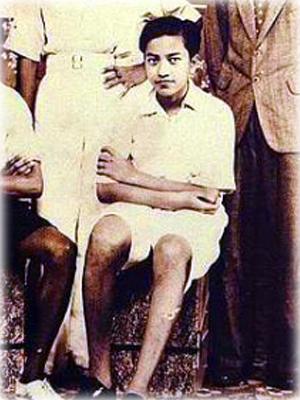 As schools were closed during the Japanese occupation of Malaya in World War II, Mahathir started off in small businesses. He first started selling coffee, and later was a hawker of snacks, mostly pisang goring (banana fritters).

Mahathir studied at the Sultan Abdul Hamid College and University of Malaya in Singapore, where he graduated with a degree in medicine in 1953.

His first official stint was as a government medical officer, until he went into private practice in 1957.

In 1964, he was elected to parliament, as a member of the United Malays National Organization (UMNA).

Mahathir’s political career kicked off amidst some controversy, when he was expelled from his party in 1969 for advocating for Malay nationalism, and subsequently clashing with then Prime Minister Tunku Abdul Rahman. 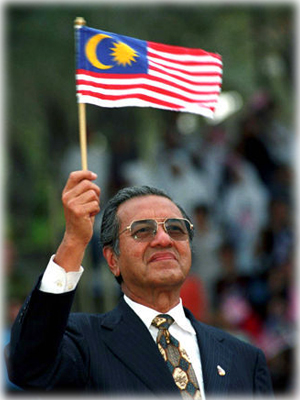 He was brought back into UMNO’s fold in 1970, and in 1974 was elected to parliament, and also took on the portfolio of the Minister of Education.

From then on, it was a meteoric rise for Mahathir, as he rapidly climbed the ranks, going from Deputy Prime Minister, to President of UMNO until finally, in 1981, he reached the pinnacle of being Malaysia’s 4th Prime Minister.

Mahathir effectively became the first ‘commoner’ to become the country’s head of government.

After becoming Malaysia’s Prime Minister, Mahathir is known to have brought in a host of political and economic reforms.

He was insistent on bringing about reforms that would increase his country’s self-reliance and assertiveness.

While Malaysia is a constitutional monarch with a Sultan or King as head of state, during his time as the Prime Minister, Mahathir brought about constitutional amendments that sought to limit the power of the monarch.

His rule as Prime Minister was not left unchallenged. Mahathir had to contend with a host of opposition from the judiciary, opposition, and mostly the media that reported on the government’s corruption.

Amidst sweeping political reforms and criticisms of having a more hard-handed rule, Mahathir stepped down voluntarily in 2003.

Rebuking criticisms that his rule had been very authoritarian, Mahathir is known to have said “this is the first dictator in the world who has resigned while still quite healthy.”

Leading the Way For Educational Excellence 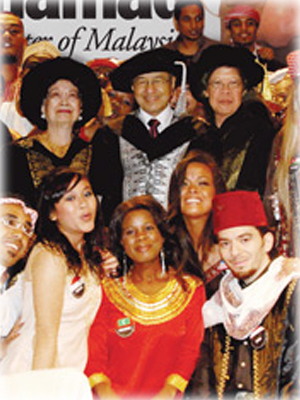 Years before he became Malaysia’s Prime Minister, Mahathir was already making decisions that have long lasting impact on the country’s education sector.

As the education minister in the 1970s, he was responsible for the introduction of the new school curricular for both primary and secondary schools.

The groundwork for this curricula was laid out in the Mahathir Report, released in 1979, which identified that the school curriculum was too content heavy, and suggested one which was designed to offer holistic education to create balanced, all rounded individuals.

In order for his country to compete globally, Mahathir stressed on the importance of mastering mathematics and science.

His reasoning was that this was significant for educational development in order to create the human resources needed to meet the era of globalization.

From the 1970s to the early 2000s, the percentage of persons over the age of 6 who attended school had increased from 67% to 90%, with the enrolment for tertiary education increasing from 1 to 10% within that same period.

Mahathir also challenged local institutions to stop competing amongst themselves for local undergraduate admissions, and called on them to cast the net wider.

In 1992, he proposed that they all work together towards making Malaysia a regional centre of educational excellence.

This fruits of his vision can be seen within the Cronkite Humphrey Class of 2011 – 2012 itself, where two fellows had undertaken studies in Malaysia, Chen Hao from China and Lujain Shafeeq from Maldives.

It can be said that Mahathir became an outstanding leader for education, especially in light of how he transformed his developing country to a regional and global educational hub. 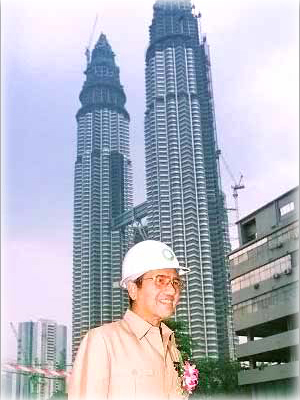 Mahathir brought about privatization on a big scale to the country, in a bid to promote free trade and foreign direct investments.

He was a proponent of supplementing growth with equity, a move seen as rather unorthodox, considering how the traditional route was for survival of the fittest.

At the end of 1996, real GDP was growing at almost 8.5 percent per annum for 10 consecutive years, with this rate of growth expected to continue for many more years.

By 1997 total external trade reached more than 157 billion US Dollars, making Malaysia the 18th biggest exporting nation and the 17th biggest importing nation in the world, according to the World Trade Organization (WTO

When the financial crisis hit the region in July 1997, Malaysia’s currency was devalued to half what it was.

Mahathir maintained that any policy towards solving this crisis as put forward by the west would prove to be detrimental to developing countries.

He implemented the unorthodox formula of selective exchange control, measures which were deemed minimal.

By a strong sense of stability, Mahathir and his government managed to successful overcome the financial crisis of 1997, and has to be noted without the support of IMF.

Mahathir has said that “We believe the foreign media must learn the fact that developing countries, including a country that is led by a brown Muslim, have the ability to manage their affairs successfully.”

Through all this it can be seen that Mahathir’s tough personality is what makes him an outstanding leader as he navigated his country to difficult times to economic prosperity. 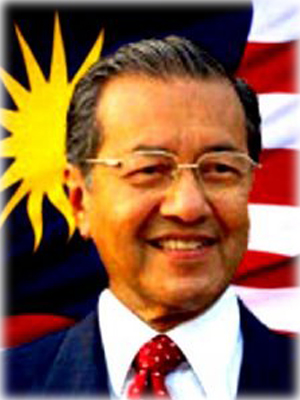 This vision was one that would accelerate Malaysia’s industry, growth and modernization, and included the following points.

This vision, which came to be under Mahathir’s rule, shows the extent to which he wished to provide a transformational change to his country.

It also showcased how far reaching his sight was, in the very essence of a visionary leader.