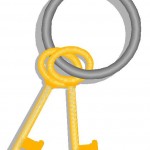 Desperate and tired, I saw him standing outside the main gate of The Met Apartments.He was an Indian man had just arrived from India to Phoenix after not less than 24 hours of journey,let alone have gone through the other sufferings of travel,which was reflecting from his face.Right at that time,yesterday I reached the apartments from the school and I saw him asking to a young man inside about the way to get inside the apartments,as he couldnt call his Met Host due to unavailability of cell phone.I entered the aparments’ gate and hear him talking to the other man ,who regretted of not having the keys.
I stopped by and intervened in the conversation,and my news of having the keys brought the happiness and satisfaction on the face of poor stranger.I opened the side gate,and there he entered with the same size of luggages I had carried from Pakistan.I giggled as it reminded me of my time when I entered the US.The other thing he asked me was even struggling for me as he asked me about room# 341 and I said,its easy for me to call his host than to find the room.So I called his host and handed him his guest.
It was not the first time I realized the importance and power of the keys as how can I forget the night in UC Davis,Webster Dorms when on my first night there I locked the keys inside my room at 1.00 midnight.I rushed to the admin office at that time fearingly,had they been closed,I would have slept on the floor of my Dorm.So,after coming to the US,I realized the importance of the keys in my life.Thats why I handle the keys of The Met Apartments just like a treasure.Now I understand why my wise sister back in Pakistan is always particular about the keys.They key to satisfaction is to hold onto them.
Never lose your keys.