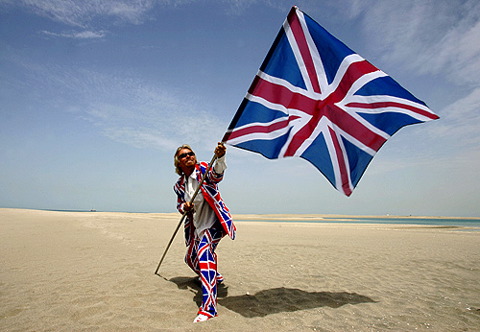 Who is Richard Branson

Sir Richard  Branson is an English businessman and founder of the Virgin Group, that operates more than 400 companies. At the age of 16 he dropped out of school and founded a magazine called Student. In 1972 he launched the record label Virgin Records and signed Mike Oldfield whose debut album Tubular Bells became one of the most succesful records in UK of all time. Later he signed other major artists such as Sex Pistols, Boy George, Rolling Stones and Janet Jackson. In the same year he opened a chain of record stores called Virgin Records. In 1980s he founded Virgin Atlantic Airways and expanded the Virgin Records music label. In 1992, to keep his airline company afloat, Branson sold the Virgin label to EMI for £500 million. He is the fourth richest person of the UK according to Forbes 2011 list of billionaires with an estimated net worth US $4.2 billion. 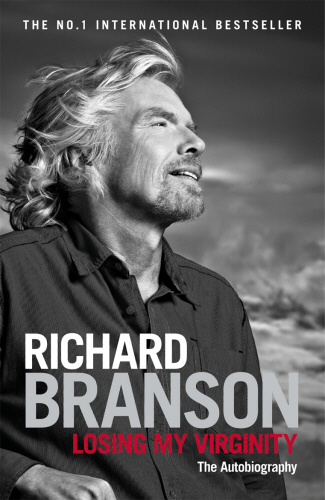 About the book
The autobiography of Richard Branson “Losing my viriginity – How I survived, had fun and made a fortune doing business my way” was originally published in 1998. The updated version was published in 2007. Branson openly writes a story of his unique life, starting with his childhood, growing up, founding his own business at an early age and eventually becoming a billionaire. He is not analysing his tactics and strategies or giving academic advice in definitions. His actions and his own life serve as an example of great leadership skills in all important areas

Leadership lesson learned from the book: 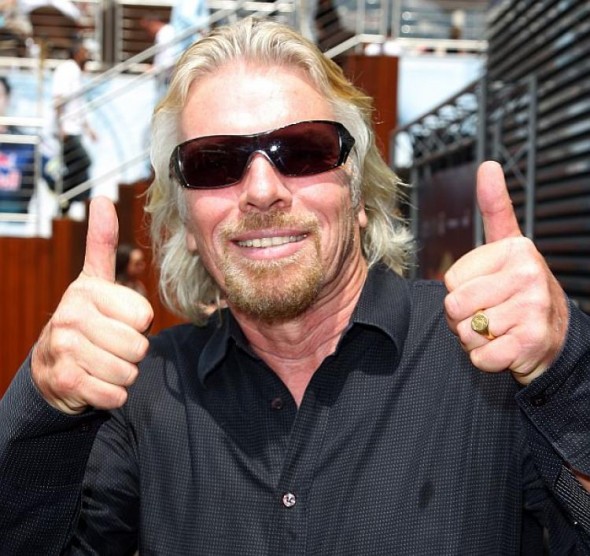 1. Believe that everything is possible – set your goal, believe in yourself and never give up

Branson was a dislectic child and had problems with learning. At 16 he decided to quit the school and founded a magazine called Student. Everybody was trying to tell him out of it. However, he was determined, ask for four pounds from his mother and spent two years sending the letters to major corporations in order to get advertisment from them. Besides he tried to get the interviews with famous people calling them from a school phone-booth. Although at the beginning, nobody wanted to pay for the ads at the unknown student magazine, he didn´t give up. Eventually, he managed to get interviews with John Lennon and Mick Jagger, get advertisments from brands such as Coca-cola and turned the magazine into his first successful business. That is just one example in his rich career how can strong determination and belief in one´s abilities make impossible things happen.

2. Have fun in every thing you are doing. If you are not having fun doing something, quit doing it 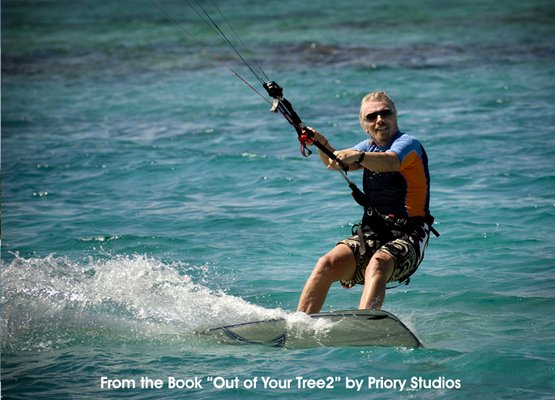 In his book Branson confesses, that for all his life, he hasn´t done anything he wasn´t enjoying. He thinks that enjoying what you are doing plays an important role in succeeding. “I don´t follow any rules in business. I just work hard and believe I can do it. Most importantly I´m trying to have fun.” When he set off a very risky journey in a hot balloon and he didn´t know if he comes back, he wrote a letter to his children where he said: “Live life to its full. Enjoy every minute of it. Love your mother.” He said these words are a core of what he believes in life. Not to waste any time. Have fun. Love your family. He says that it was never his intention to become rich. He just worked hard, loved challenges and enjoyed what he did. “A lot of people tell me it´s time for me to take a break, relax and have fun They say I should start playing golf or painting. Why would I do it? The thing I enjoy the most is my work. “ 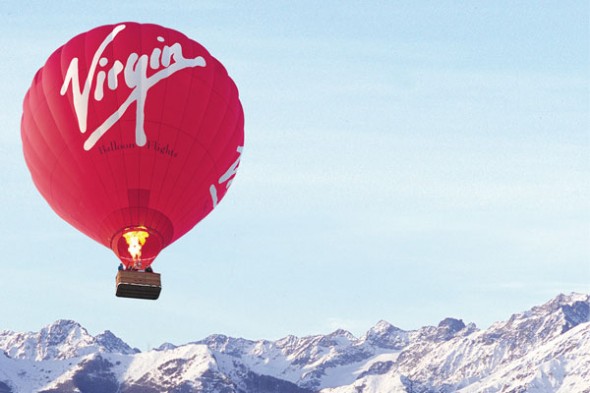 3. Set high goals, aim high and use all your potential. Don´t be afraid to try new things.

Branson says that challenges are the fuel of human actions. According to him it was challenges that took people “from cave to stars”.  He was the first to cross the Atlantic in a hot-air balloon, later he challenged himself to cross the Pacific ocean, and at present he is working on his plan to launch commercial flights to the space with his company Virgin Galactic. He continuosly keeps proving that there are no limitations and encourages people to set their goals as high as possible 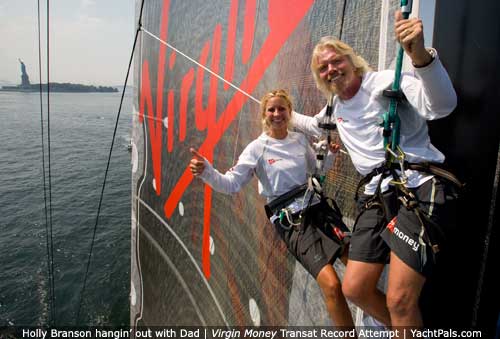 4. Choose the right people to work with you and reward them. Believe in the power of your family. Be loyal.

Branson demonstrates his leadership ability also when he describes his relationship with the people. He says that when he recognizes a talent (f.e. in any of his employees) he always lets them do their work, be creative and never tells them what to do. As an example he writes a story about a shop assisstant in one of his Virgin stores who later became Executive director of Virgin music. Branson writes that many people ask him how could he afford travel the world and not being in charge of his company all the time. He says that when you choose the right people and reward their talent, they will always do a good job, even if you are not controling them.  Branson also states that one thing he believes most in is family and says that even he is very busy businessman, family always comes first in his life.

5. Respect others, no matter what social status they have

In his book Branson demostrates strong respect for all the people he meets in his professional or private life. He says that when he was a young hippie with long hair dressed in sweater and barefoot, the Japanese businessmen he was dealing with didn´t care about his appearence and showed him their respect. He says, respecting people from all social backgrounds is essential if one wants to become a leader. During his TV show Apprentice, where he was choosing his employee and a person who would get one million pounds, he was disguising himself as a taxi driver and drove the contestants to the show. “I was observing how would they treat an old man who is struggling with heavy luggage. I have learned a lot about them and I was shocked. It is important to treat all the people the same way, not only those you need to impress. “ 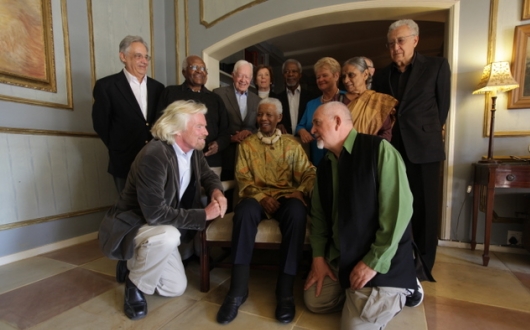 6. Always do something prosperous for the community. Try changing the world for the better even with the small things. Always think about how can you help

“I was brought up in faith we can all change the world. I always believed it is our duty to help others ” says Branson. When a homeless guy asked for a change on the street and he didn´t have any, he gave him all his clothes and went naked for the rest of the day. During his student years he founded a student help center, answering a phone all night. One of the best examples of his servant leadership came in 1990, when the Persian Gulf war began. In the news he saw thousands of refugees running  across the border out to Jordan. He called King and Queen of Jordan how can he help. She said they need one hundred thousand blankets because the refugees are dying in the desert. In two days a plane of Virgin Airlines brought the blankets with medicine and food to Jordan and brought back English citizens living in Jordan. Then he found out that Saddam Hussain is holding English hostages in Iraq. He wrote him a letter offering him supplies of medicine and food in change of the hostages. After negotiation, Hussain agreed and in few days, Branson personaly flew to Iraq  together with former English prime minister Edward Heath and brought the hostages back to England. He says that it is a big privilige of succesful businessman that they could contact any leaders of the world and it is their duty to use this privilege for the good of the world. In 2004 he founded Virgine United – organization that helps solve the most serious social problems in the world. He founded an organization Global Zero where he works with the Queen of Jordan and other global leaders on eliminating the nuclear power. He has founded a Richard Branson School of Enterpreneurship in South Africa. In 1990s he has also founded an organization Global Leaders with Nelson Mandela to help to solve the most difficult problems of the world.