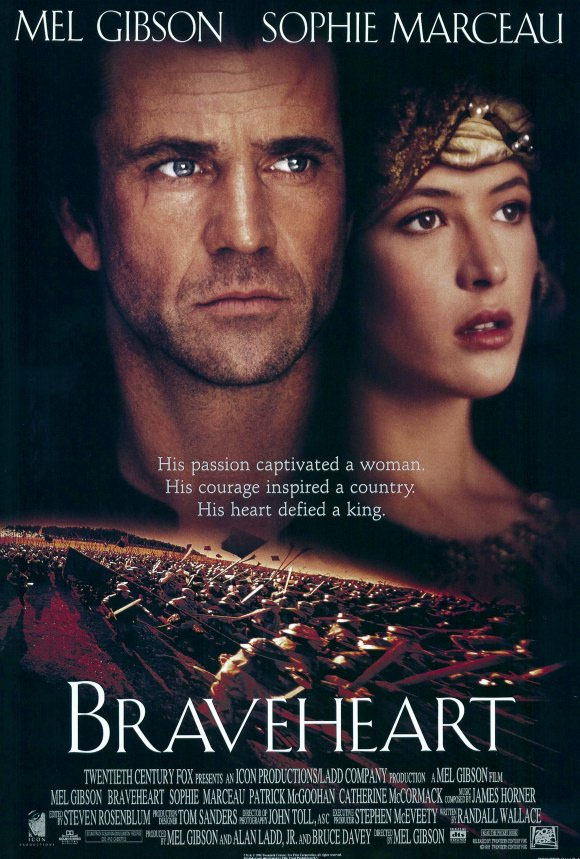 In 1996, the film Braveheart won a number of Oscars and other prestigious awards. The romantic biography is set in the 13th century and depicts the life of Scottish commoner William Wallace, however the plot is not entirely accurate. Several key players in the film assert different leadership styles that create conflict. In a power torn Scotland, Wallace unites and inspires the Scottish commoners to fight for freedom from England.
Directed by Mel Gibson. Released May 24, 1995. Icon Entertainment International. Paramount Pictures.

“There’s a difference between us. You think the people of this country exist to provide you with position. I think your position exists to provide those people with freedom. And I go to make sure that they have it.”

“Who is this person who speaks to me as though I needed his advice?”

Robert the Bruce and Father – the detached leader

“I have nothing. Men fight for me because if they do not, I throw them off my land and I starve their wives and children. Those men who bled the ground red at Falkirk fought for William Wallace. He fights for something that I never had.”

Longshanks to Prince Edward: “One day you will be a king. At least try to act like one. “