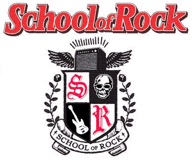 School of Rock is the story of Dewey Finn (Jack Black) and his desire to win Battle of the Bands. Dewey is a rock and roll artist who is kicked out of his band.  He needs money for rent so he impersonates his friend who is a substitute teacher.  He becomes a long-term substitute at Horace Green, a prestigious prep school. When Dewey first starts his job as a substitute, he could care less about the class, showing no signs of a good leader. One day he hears the kids playing in band practice and becomes inspired by their music. His leadership qualities begin to show when he starts a band with the fifth-grade students.

Dewey has a clear vision as a leader: win Battle of the Bands.

A vision is important to have as a leader so the people following understand the end goal.  A vision allows the entire team to move forward. Dewey has rock and roll beliefs and standards that he is unwilling to compromise. This is seen throughout the movie when he continuously works toward his goal of winning battle of the band.  He teaches lessons about rock and roll so the students also understand his values. Another instance of  when he defends his rock

beliefs is when Freddie goes off to hang out with older rockers who Dewey calls posers because they are  in a band to look cool, party and get girls.  He reinforces his rock beliefs telling Freddie that rock is about sticking it to the man and playing a great show. This example also displays Dewey’s integrity.  Integrity is the integration of outward actions and inner values.

Dewey also shows the leadership quality of dedication. Dedication is commitment to a certain task or goal. Dewey  inspires dedication and persistence by example. Dewey sets an example of his dedication by spending whatever time or energy is necessary to accomplish the task at hand.  When Zack’s performance is a little stiff, Dewey demonstrates how he wants Zack to play.  By showing Zack and leading by example, Zack is able to clearly understand what Dewey wants.  Dewey takes the time to individually work with each student showing dedication. 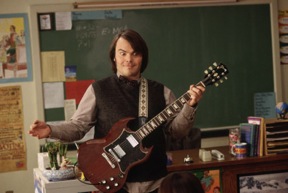 Dewey also has the leadership quality of Magnanimity or he gives credit when it is due. Before the band performs at Battle of the Bands Dewey tells them that it is not his band but “our” band.  This statement gives credit to the students for their hard work.  He also gives credit to what a great musician Zack is by suggesting they play Zack’s song.  He also demonstrates humility because he recognizes he is no better than other members of the team. He is humble by admitting a fifth-grader’s song is better than the one he wrote and encourages the band to play it. Here he shows some real humility about his skills and elevates others in the team.

Dewey also displays the leadership trait of openness which is listening to new ideas, suspending judgment and accepting new ways of doing things. Dewey listens to Tamika’s suggestions to change her position on the band to a singer. Tamika is comfortable talking with her leader which is important because this interaction builds mutual respect and trust between leaders and followers.  By accepting a new idea other than his own, Dewey helps advance the team 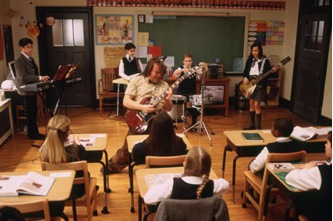 Dewey has the leadership trait of creativity, the ability to think differently to find solutions. During the movie Dewey uses his creativity to think outside the box to show his band how to do their tasks. He uses multiple methods to get what is needed from his band. This is helpful because he is reaching students with different personality traits. Like Stephen Buckley, he finds out what motivates a person and plays to their strengths. He gives personal attention to each student so each individual feels valuable, creating more motivation.

Dewey demonstrates the leadership quality of Fairness by dealing with others consistently and justly. Dewey  assigns “killer positions” to everyone in the class, thus being exceedingly fair to them all.  As a team leader he hears everyone out before he passes judgment. When his band is being treated fairly, Dewey is rewarded with loyalty and dedication. 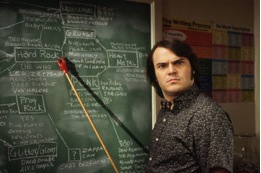 Dewey also demonstrates assertiveness by clearly stating what he expects so that there are no misunderstandings. In one part of the movie, Dewey shows how he envisions a performance by clearly demonstrating it.  After his demonstration each band member has a clear idea of what is expected.  This understanding helps the leader reach the desired results.

Dewey has a great Sense of humor which is vital to relieve tension and boredom, as well as to defuse hostility. When Dewey walks into the classroom his students appear bored and unmotivated.  To pick up the energy he sings a silly song to make everyone laugh. By the end of the song the class is laughing and ready to continue working on their project.  Dewey’s sense of humor creates good camaraderie.

School of Rock has taught us that anyone can be a successful leader by cultivating the proper leadership traits.

School of Rock Images from starpulse.com

View all posts by Kelseawasung →

2 Comments on “School of Rock Leadership”