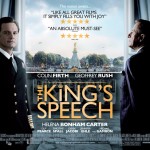 ”Successful people don’t do it alone.Where they come from matters.They are  products of particular places and environments.”Malcolm Gladwell.This quote drew my attention after I watched the movie’The King’s Speech.The movie is about a king of Great Britain George VI who didn’t become king as succession, but the circumstances impelled him to the coronation as the king .The misfortune of the king George VI was that he had been suffering through the disability of stammering since his childhood.But he overcame this disability with his resolute,courage and help from his wife and speech therapist.He was very fortunate to be surrounded by these people who helped him subdue his fears arising from this disability.The same voice which he has been  afraid of since his childhood became his strength.

Crisis:When George VI became the king;he had to face many challenges in the guise of dpression in his country and fascism in Germany.He became king unexpectedly as his elder brohter had to abdicate due to his wedding with a double divorcee American woman.In 1939,there was also the outbreak of war.In the wake of all these crisis,George VI ruled the country with the sense of responsibility.The other problem he faced was the disability of stammer,which he had to overcome in order to address his subjects via radio.He had already faced embarrassment when he attempted to deliver a speech once.But the way he confronted all these challenges and overcame his disability delineated the true essence of leadership,that a leader always learns from the mistakes and transforms his weaknesses into strenghts.Even though,King George VI became the king not by will or succession but,the way he took the nation into confidence and showed the responsibility,revealed the sense of empathy that he has has for his followers. 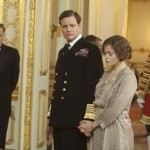 The other lesson of leadership that can be learned from this movie is steadfastness,determination and serving the people.Even though it was very difficult for the King George VI to perform his duties as a king,as he became king without succession.He was also angry at one point that he didn’t want to become king,as his brother had to abdicate.He was also thinking himself weak owing to the disability of stammer,which he had to overcome in order to address his subjects during the World War II. But the way he overcame his disability with his resolute and the team of people he was surrounded with especially his speech therapist and his wife,made all the impossible things possible for him.Not only that he also addressed the nation during the time when they needed him to uplift the confidence level of the people during the time of crisis.

”The art of leadership is understanding what you can’t compromise on.”Seth Godin.This is the art that Kind George VI has learned and accomplished what he never thought he would be able to do.He never gave up even though sometimes he was depressed as he was struggling to overcome his disability of stammer.But he subdues all the fears with his strong will and resolute. 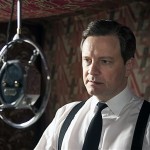