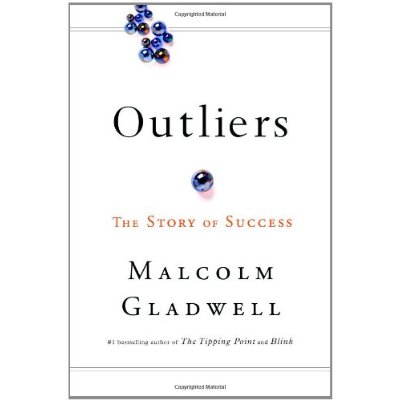 Outliers by Malcolm Gladwell is a compilation of case studies and research to explain various phenomena. This book specifically targets success by looking into a person’s environment in conjunction with personal motivation and drive.

By using real-life examples, Gladwell breaks down each situation and explains why successful people are successful. Instead of focusing on one’s intelligence, ambition and personality traits, Gladwell argues that environment (culture, family history, experiences) plays an integral role in success.

Some examples Gladwell uses to support his arguments: Bill Gates, The Beatles, Canadian hockey stars, pilots and plane crashes, why Asians are good at math.

This book has a very interesting take on success. Unlike any other books, Gladwell does not focus on intelligence, rather the environment and background of a particular person. He looks at the bigger picture to see all the qualities, influences and mindsets that shape a successful person.

“It makes a difference where and when we grew up. The culture we belong to and the legacies passed down by our forebears shape the patterns of our achievements in a way we cannot begin to imagine” — Gladwell (pg. 19).

View all posts by jessicachoi →

4 Comments on “Outliers by Malcolm Gladwell”