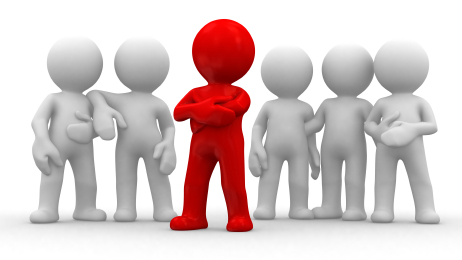 Late last night the parent company of Village Voice Media, which owns the Phoenix New Times, made a huge announcement. Thirty-two years after founding the paper – in protest of the Vietnam War and the Kent State shootings – Mike Lacey and Jim Larkin sold the company and all 13 VVM publications.

While this may not seem like a very important piece of information, it gave me a chance to think about a few leadership lessons. As some of you may know, I have been writing for the New Times for the last year now, and spent the summer as a Village Voice Digital Media Fellow.

While working there during the summer I was able to see how much the paper reflected the personality of its founder. The hard-hitting, no apologizes attitude toward tackling tough stories and tongue-in-cheek opinionated reviews for which the New Times is known was only made possible by the owners undying support and belief in the First Amendment and free speech.

It’s allowed the paper to relentlessly cover Joe Arpaio and other out-of-control public servants in the Valley. For decades with Lacy and Larkin’s support, the reporters at the New Times have been able to write without fear of repercussions from their leaders and frankly, the law. Lacey and Larkin have successfully overcome dozens of lawsuits over the decades and their fearlessness permeates the entirely of the New Times staff.

I’ve never personally worked with Mike Lacey and in fact, I’ve only met him on a few occasions. But from what I’ve heard (and believe from my limited experience) he was not a perfect leader, but a good one. If I had to fit his leadership style into one of Larkin’s styles, I think it would be Consultative management. The teamwork and motivation of the staff at the paper has been key in its continued success.

The announcement of the company’s sale gave me a chance to stop and appreciate a good leader who has been right in front of my eyes. I think we often forget to be grateful for the leaders that are the most obvious until it’s too late.  What other valuable leaders and lessons in leadership have been in our faces the entire time? Maybe we can all learn something from taking a few minutes to think how different our jobs or schools would be without the leaders we have or have had in the past.

I wonder how the New Times will move forward without its founder and longtime leader.

View all posts by lhsaria →

2 Comments on “A change of leadership in our own backyard”