The Democratic National Convention brought out prominent leaders this past week and they tried to make it exciting. But as the presidential race drags on I couldn’t help agree with the president when he noted:

“Trivial things become big distractions. Serious issues become sound bites. The truth gets buried under an avalanche of money and advertising. And if you’re sick of hearing me approve this message, believe me, so am I,” Barack Obama said.

This captures the American political conversation well, not just since the start of the election campaign, but for many years.

Maybe Obama really is tired of it too.  Many pundits criticized him for not having the same energy as he had in 2008.

In a list of “winners and losers” of the final night of the convention posted by the The Washington Post Obama didn’t fit in either category.

Ezra Klein a liberal columnist, at The Washington Post,  found the president struck a more humble tone than he did four years ago and his speech “didn’t ask you to believe that Obama could accomplish miracles.”

Bill Clinton’s speech was widely agreed to be more powerful, although several fact check organizations pointed out that some of his stats were misleading or completely false – and it’s the case doesn’t some of the value fade?

While the elections are integral and speeches an unavoidable by product, I’m a little election-season weary.

Obama, who wanted to unite the country in 2008, has a tendency now to echo the same tired attacks.

And at the end of the day the rhetoric, really doesn’t matter to the hundreds of people who got laid off from a wind turbine company in my hometown over the summer.

I would really like to see some productive leadership from both parties no matter who wins. Although I won’t hold my breath. 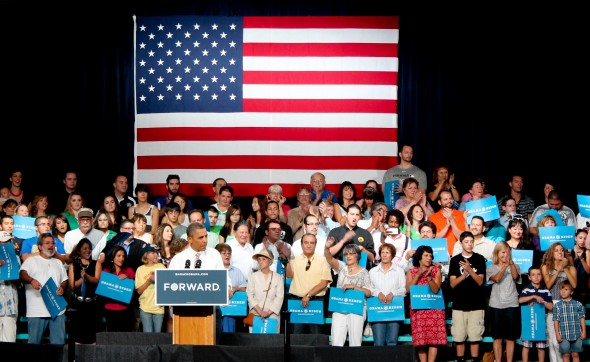 View all posts by maryshinn →