It’s more than true that the Internet and social media serves up general news on a hot, cheap plate that’s easy to consume, share and digest.

I thought the article “How the Humanities and Journalism Can Save Each Other” was an interesting and hopeful proposal to save journalism’s backbone.

Though it may not be as clickable or SEO-friendly as something avant-garde in subject or hyper-localized to interest, general news is a necessary daily function we’ve come to take for granted. It is ubiquitously necessary as it is disposable.

The article points out that the ease of a quick story and the need for immediate gratification isolates journalism from its roots as a source of deeper reflection and impetus of thought to action. The authors call for a symbiotic support system between journalism and the humanities, where current events are grounded in history, literature, philosophy and other humanitarian fields. 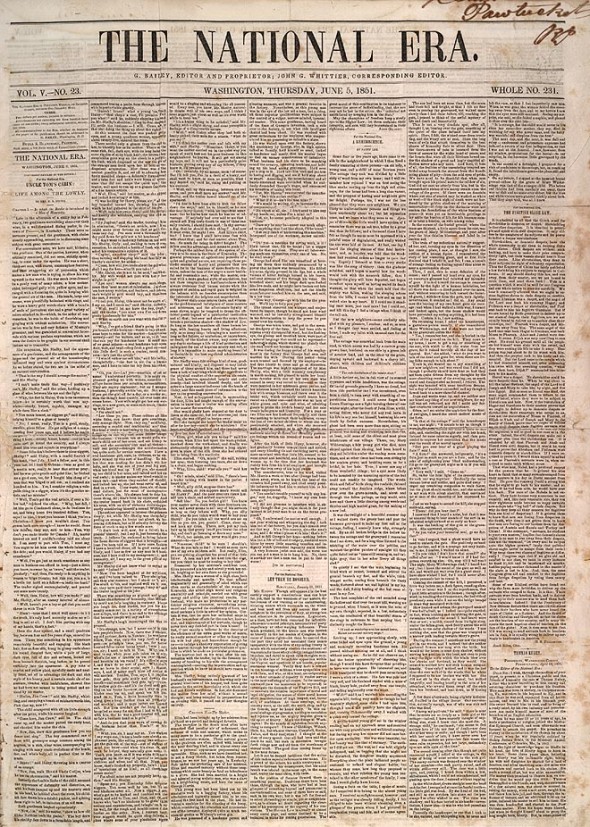 Take Harriet Beecher Stowe’s Uncle Tom’s Cabin. I had no idea the best-selling 19th century novel was introduced in a periodical. Same goes for James Fenimore Cooper’s The Last of the Mohicans and a handful of Emily Dickinson’s poems, just to name a few.

The authors argue that this mutually beneficial relationship can very well function in today’s digital world, being “intellectually edifying, politically challenging and financially rewarding,” and I agree. Nineteenth century papers only had ink to paper. Although content must be exceptional to stand out of the deluge of almost anything just anyone can post online, journalists and authors of innovative thought can employ and mix new mediums like audio, graphics, photo and video, in addition to typical text, to produce a compelling story that can engage readers as never before.

Incorporation of the humanities will unwittingly appeal to active participation from the community, the publication’s readership, to contribute relevant work, whether that be a poem or a painting.

With these resources applied to expanding digital formats like e-books, iPads and mobile apps, news publications need to get creative and boldly experiment to produce a mix of daily “general news” content with social commentaries based in the humanities that is unique to them.