In order to write about genre of art which attracts me the most, and explain why do I consider that genre better then the other ones, I must say that this was quite hard question for me. I love diversity and that is why I love to enjoy different types of art and expressions. No matter if we are talking about music or visual art.  But if I consider which genre have attracted me most since I am studding art, so since my High School, then I could talk about Impressionism.

I was never so much impressed by real things recreated inside of Art World. That is why I do appreciate a lot Realism, Renaissance or Baroque, but those genres don’t awake same feelings inside myself as much as Impressionism and all what have been created out of that genre do.

Impressionism is a nth-century art movement originated with a group of Paris-based artists. The name of the style derives from the title of a Claude Monet work, (Impression, sunrise, which provoked the critics to coin this term in a satiric review published in the Parisian newspapers.

What I love about this genre is that first time in history painters decided to go out of ateliers and to try to catch sun and light. It is possible to see theirs paintings from many different perspectives. They are full of color diversity, and brightness. The Impressionists were trying to catch moment and to make it timeless.

The development of Impressionism can be considered partly as a reaction by artists to the challenge presented by photography, which seemed to devalue the artist’s skill in reproducing reality.  The Impressionists sought to express their perceptions of nature, rather than create exact representations. This allowed artists to depict subjectively what they saw.  Impressionists had captured fresh and original visions of surrounding.

And I had a feeling that Impressionists just open the door for future types of visual artists and let the light to come into their way of creating art.

Those are reasons why I would put Impressionism at first place if I have to choose genre which I love the most. Each time when I was visiting different galleries in Europe or USA I was mostly moved by seeing their paintings in live. But those feelings don’t exclude also quite pleasurable feelings whenever I see pieces of art of any genre which were creating History of Art. 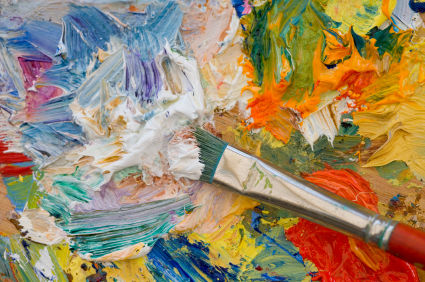