My leadership lesson came recently (or my memory doesn’t go very far back!) when I was deciding where to go to college in Fall 2008/early Spring 2009.

My parents gave me the opportunity to attend any college I wanted, and they would help with my tuition up to $25,000 per year. I remember thinking at the time that this was one of the first chances I had ever had at making a substantive decision about my future, and the fact that it was coming with financial support what more than I even could have imagined.

So it quickly became one of the most exciting things to ever happen to me, but at the same time it completely overwhelmed me. I wanted a pre-professional program with a focus on writing and communication. Journalism seemed like a natural fit.

But where did I want to go? Location was an important factor that I did not anticipate having such influence on my decision. And, more importantly, cost – when did schooling become so expensive? My top choice at the time, Syracuse University, was $44,000 per year. My scholarship only knocked $4,000 off the price tag; even with my parents’ help, I would still be paying $15,000 a year with student loans.

When I got an offer letter from ASU that ended up covering almost all of my tuition, I had to think long and hard about how much location was important to me. Did I want to be close to my family in upstate New York? Or did I want to venture further and eventually, have almost complete financial freedom? 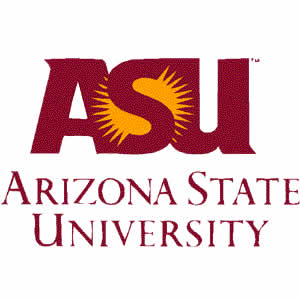 Leadership isn’t just about leading others. Great leaders also have to show personal responsibility and skillful decision-making about their own lives. When I decided to come to ASU, even though it was something I’d never considered until that letter arrived in the mail, I felt confident that my future was now in my hands and that I was able to successfully manage the responsibility my parents had given me. And being able to shoulder that weight was one of the most important lessons I’ve learned about myself thus far.