Because I’ll probably never have the chance to do it again, I’m going to analyze the leadership of three characters from the first book of George R.R. Martin’s “A Song of Ice and Fire” series, “A Game of Thrones,” which will pretty much match the characters in the HBO television show, “Game of Thrones.” This show revolves around the concept of leadership and what it means to have power over others. It’s an incredibly complex and enjoyable story that always keeps me pondering a person’s sense of responsibility over others versus their own wellbeing. 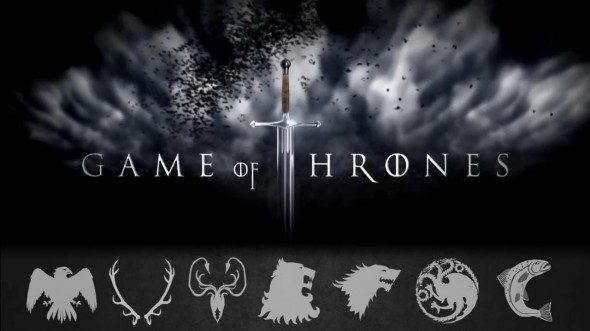 Eddard Stark — Servant leader, bureaucratic leader. As the ruler of the North, Stark truly cares about his subjects and justice. Unfortunately, he’s about the only character in this story who holds a sense of righteousness. When children die, he thinks it’s wrong, no matter whose side of the political gridlock they’re on. But everyone else considers dead children another loss in their quest for power. Stark also believes in the classic succession in a monarchy that relates to one’s blood. When Stark finds out that King Baratheon did not beget his heir, Stark attempts to tell the king, but then the King dies. So Stark writes the deceased king’s brother and tells him to declare himself king. Stark had the chance to tell King Baratheon about this issue with the heir, but chose not to for the sake of the heir, who is a child. He did not want the kingdom to revolt and kill the boy who lied about being heir. He did not want children to die. Because of these actions, he loses his head. This willingness to save lies and follow the rules makes Stark a classic servant leader and bureaucratic leader.

King Robert Baratheon — Laissex-Faire leader. I know this term was not taught to us in class, but it fits King Baratheon best of all the types. Quite frankly, he is a terrible leader, and can’t help it. He won the throne because he was an incredible warrior, and battled his way to the top. Baratheon says, “When I won the throne I thought I would be able to do whatever I wanted.” He did not realize the responsibility that followed the Iron Thrones (as they call it in the book). Baratheon cannot handle politics. When people wage war with words, he walks out of the room. He is best at wielding a battle axe. While he has some sense of justice, he has no idea how to instill it in the seven kingdoms. He leaves his small council to rule the kingdom while he gorges himself on feasts and women.

Daenerys Targaryen — Servant leader, charismatic leader, transformational leader. Exiled to the Eastern lands, Targaryen enters the book at a weak, abused 14-year-old girl. She ends the books as a confident, powerful queen (who is still 14-years-old!). This transformation is incredibly well-told by Martin. When Daenerys’ brother sells her to be the wife a Dothraki horselord (essentially a Mongolian), Daenerys is frightened and innocent. But as the book progresses, Daenerys slowly morphs into her role of power, calling herself khaleesi and convincing her horselord husband to take back the Seven Kingdoms in the West. Her powerful message and sense of confidence radiates to those around her, and even in her weakest state she holds command over others. She never lets go of her goal, which makes her transformational. She always acts with grace and confidence, which makes her charismatic. And she always works for what she thinks is the good of others, which makes her a servant leader.

Overall, leadership in Game of Thrones varies with each character. But those struggles of power and the conflict grip the reader into an obsession that won’t end until book seven in released.

Written by: harmonyhuskinson on February 24, 2013.