As I reflect back on the many things I’ve learned about leadership this semester, one lesson repeatedly stands out: leaders aren’t afraid of failure. As an extreme “A” type personality and perfectionist, this has been quite the eye-opener for me. Realizing that “grey area” is okay—in fact, often better—than applying black and white rules to the world around me has made this semester one of the best. Not only am I more open, but I’m more comfortable with myself. This, in turn, has allowed me to push myself to new boundaries. Because I’ve learned it’s okay if I make a mistake, I’ve been more willing to take on new leadership roles I normally would’ve turned down.

The other day I was reading an article on Forbes.com titled “5 Ways To Conquer Your Fear Of Failure” that solidified this lesson even more for me. It’s a wonderful article, and one I suggest everyone should read—especially if you have any “perfectionist” tendencies.

Here are the five key actions the author suggests to shake off your fear of fear:

1)   Embrace your mistakes. Stanford psychologist Carol Dweck identified a certain way of thinking shared by people who embrace their mistakes in the pursuit of success: the growth mindset is resilient in the face of failure and sees it as necessary for learning and achievement. If you immediately berate yourself for a mistake, you’re probably stuck in a fixed mindset. Dweck’s website offers some powerful insights into changing your mindset, but the bottom line is this: to change your mind about failure, all you have to do is…change your mind. Stop beating yourself up. Successful people don’t see failure as catastrophic, they see it as a good data point to guide their next attempts.

2)  Stop trying so hard. Author and researcher (and self-professed “change geek”) Susan Alexander tells a story about being on a biking tour of the French countryside, when she seemed to hit a physical wall on what should have been a fairly easy hill. She struggled to make the climb, wondering if fatigue, mechanical problems or the altitude were making her discouraged and exhausted. With quite a distance left still to climb, she was enduring what should have been an enjoyable ride. Then a man in her party rode up from behind her and told her she was in the wrong gear: she was pushing too hard and making too little progress. Alexander’s lesson: “A quick fix is right there in front of us (hello, Occam’s Razor!), but we miss it. It’s either too obvious, or we forge straightaway into over-functioning or over-analyzing, forgetting that simplicity is often a formidable match for complexity.”

3)  Ask for help. We’re afraid of looking less than competent when we ask for help, as if we’ve failed because we don’t know absolutely everything there is to know about everything. Here’s the secret you already understand about yourself, but forget about others: when someone asks for your help, they make you feel appreciated and therefore, you are eager to help them. Now, I’m not talking about the purposeful helplessness that manipulators use to get others to do their work or thinking for them. I’m talking about sincere, meaningful engagement with someone whose knowledge or assistance you value. Remember how you felt the last time someone said to you, “Hey, I’d really appreciate your help on this.” It felt good, right? The asker got what they wanted, and you felt valued. Make someone else feel good about helping you, and in the process advance toward your goal

4)  Say no when you’re afraid to. Get out of the habit of assuming that when someone important asks you for something, your reply should automatically be yes. When your manager piles yet another deliverable on your stack, or your best friend asks you to babysit on an exhausting week night, or your daughter asks you to stop planting flowers to go buy her science fair supplies, you do a quick calculation of the consequences of “No.” Often we say yes to avoid conflict, but think for a minute how you’re training these people to view your valuable time: it’s at their command, their needs are more important than yours, and you’re not capable of negotiating things that are important to you.

5)  Say yes when you’re afraid to. A friend of mine is making the leap from a stable, predictable (read: wretchedly unchallenging) corporate job with benefits into the shark tank of entrepreneurship and individual health coverage. She spent many months unhappy in her job, but was afraid of flying solo for all of the obvious reasons: unpredictable income, no built-in infrastructure, uncertain chances of success, a hangnail turning into an amputation because she couldn’t afford the medical bills. She clearly was afraid to say yes to herself, to the opportunity, to the friends and colleagues who believed in her, because yes meant uncertainty – but also the possibility of enormous growth and success and lots of people watching her and asking things of her because she was successful. Saying yes can be scarier than saying no. 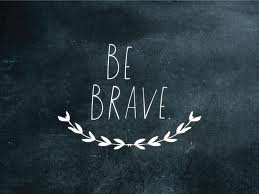