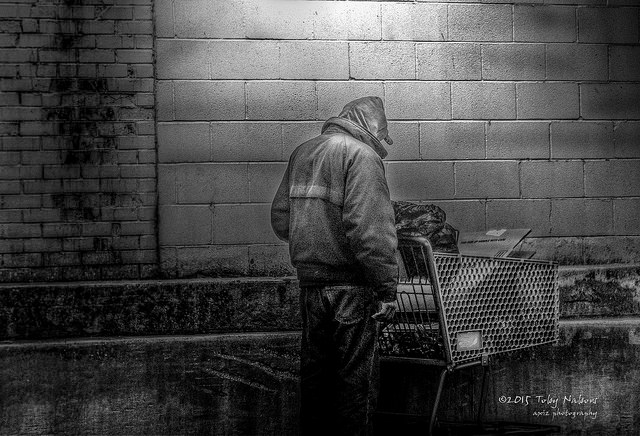 Morning came too soon. Mark had a throbbing headache to deal with and a few mildly disturbing flashbacks from last nights party. On went his crappy suit, on went his fake customer-friendly “have-a-nice-day smile,” and in went the gallon of caffeine.

Just like he pretended to like his father, who beat him for years. When relatives came to visit, he was a loving and witty father. Left alone with family, he transformed into a furious animal who pounced whenever his son made the smallest of mistakes, like spilling juice on the floor or raising his voice when playing. He hid his scars and bruises every day at school. How can you run away from a family that you’re a part of?

“Woz and I started Apple in my parents’ garage when I was twenty. We worked hard and in ten years, Apple had grown from just the two of us in a garage into a two-billion-dollar company with over 4,000 employees. We’d just released our finest creation, the Macintosh, a year earlier, and I’d just turned thirty, and then I got fired. How can you get fired from a company you started?”

It’s better than being homeless and hungry, Marc thought. Two years passed  since he ran away from “Home Sweet Home.” Finally, after months of misery on the streets and in shelters, he landed a job.

The grumpy old man in charge of his customer care department, seemed the likeness of his father. They were both self-proclaimed tyrants, immersed into false sense of authority provided only by their age and position. They were authorities of clay, that any wind of change could blow from life’s dusty shelf. But changes weren’t coming and the abuse only grew.

A similar situation two years before pushed him from his home. Hate of his father made him hate his absent mother. This anger set him wandering the streets. Now he hated his job. But this time, things seemed clear, in focus, and he was ready to make change whatever were the costs.

He quit. All of his security:money for bills and apartment–the focus of his entire struggle as adult–was gone and it was devastating.

“As Apple grew, we hired someone who I thought was very talented to run the company with me, and for the first year or so, things went well. But then our visions of the future began to diverge, and eventually we had a falling out. When we did, our board of directors sided with him, and so at thirty, I was out, and very publicly out. What had been the focus of my entire adult life was gone, and it was devastating.”

Marc was on the street again, for the first time knowing what he didn’t want. Roaming outhouses and shelters, was the new “normal”. Suddenly, when returning from St. Mary’s food bank he ran into an old buddy from high school. After a few drinks, he opened: “Marc, listen, my father is in construction business, he has some vacant jobs. And you can sleep in our guest room.” He had nothing; no money, no accommodation. But know he was back in the nest with all the familiar fears returning to his troubled mind. He chafed under the familiar yoke, but he knew he could only gain insight if he was open for a change. So he decided to start over.

“I really didn’t know what to do for a few months. I felt that I had let the previous generation of entrepreneurs down, that I had dropped the baton as it was being passed to me. I met with David Packard and Bob Noyce and tried to apologize for screwing up so badly. I was a very public failure and I even thought about running away from the Valley. But something slowly began to dawn on me. I still loved what I did. The turn of events at Apple had not changed that one bit. I’d been rejected but I was still in love. And so I decided to start over.”

After three years with his new family that practically adopted him, an accident struck their peaceful home. Mark’s friend accidentally shot himself and bleed to death. And the new family was devastated, ruined. This death was a crack in the dam that only grew with time. He knew he had to go because as days passed, he felt he reminded his adopted parents of their real son.

He left without a word. It was just right thing to do. Marc was pretty sure none of that would have happened if he hadn’t been learning from previous situations.

“I didn’t see it then, but it turned out that getting fired from Apple was the best thing that could have ever happened to me. The heaviness of being successful was replaced by the lightness of being a beginner again, less sure about everything. It freed me to enter one of the most creative periods in my life. During the next five years I started a company named NeXT, another company named Pixar and fell in love with an amazing woman who would become my wife. Pixar went on to create the world’s first computer-animated feature film, “Toy Story,” and is now the most successful animation studio in the world. In a remarkable turn of events, Apple bought NeXT and I returned to Apple and the technology we developed at NeXT is at the heart of Apple’s current renaissance, and Lorene and I have a wonderful family together. I’m pretty sure none of this would have happened if I hadn’t been fired from Apple.”

He made an excruciating but liberating decision, now knowing what a child means to their parents: He broke his years of silence and called his parents. Now, the decision was tough but he learned from his downfalls. Bearing in mind a sentence that had haunted him since he read it in the public library that was his part-time, air-conditioned home in his less fortunate years: “Change is a door that can only be opened from inside”.

From that point on it all came crashing down like a waterfall: reconnecting with mom (his torturing dad was still pissed off but somewhat glad that he got his son back) and applying for ASU. Miraculously, his parents helped him get a loan from a bank and he started school.

Peter, was it?—That is your name?

“Listen Peter…he then worked by night, my friend, in order to pay for the tuition, and during the day he studied, often slept  in the halls, sitting—So nothing is impossible Peter, I tell you.

Peter had listened to this boring, skinny guy as he told a story about some Marc dude in last 20 minutes. He just wanted to get back to sleep in maintenance shack where this obnoxious blabbering and energetic guy found him. But the guy continued just as Peter wanted to tell him that he has heard enough and he doesn’t care, and he is hungry and hadn’t got any sleep in days, and…

“One day he met a foreign exchange student and they formed a startup based on a new technology. Last year they won a competition for innovators challenge, having ASU as their first client in the educational industry, and that device most of people you see are wearing, is his product”—I kid you not .

They attracted angel investment and employed more people, became successful and are still growing,” said the cocky guy with childish joy and sparks of happiness in his eyes. “That is his story, dude”—And that guy is me. I am Marc.”

“It was awful-tasting medicine but I guess the patient needed it. Sometimes life’s going to hit you in the head with a brick. Don’t lose faith. I’m convinced that the only thing that kept me going was that I loved what I did. You’ve got to find what you love, and that is as true for work as it is for your lovers. Your work is going to fill a large part of your life, and the only way to be truly satisfied is to do what you believe is great work, and the only way to do great work is to love what you do. If you haven’t found it yet, keep looking, and don’t settle. As with all matters of the heart, you’ll know when you find it, and like any great relationship it just gets better and better as the years roll on.

Exhausted but astounded, now with eyes wide open, Peter rose from the floor very slowly, as he was trying to understand this tall, cheerful, thirty-something guy that filled the bathroom with his gestures like a big windmill.

“That devastated-homeless Marc guy I was telling you about— is me, dude.”

Mark grabbed Peter’s hand, and then his belongings—some plastic smelly bags— escorting him out and into the hall, now with fatherly-like gestures.

“You just met your Change angel. Come on, I have a job to offer to you”.

They entered a huge office filled with computers and the noise of cheerful conversation. The big office door closed behind them revealing a neon inscription on the the back that lit up the hallway:

2 Comments on “Wherever i may roam*”