“The people who are crazy enough to think they can change the world are the ones who do.”
—Apple’s “Think Different” commercial, 1997 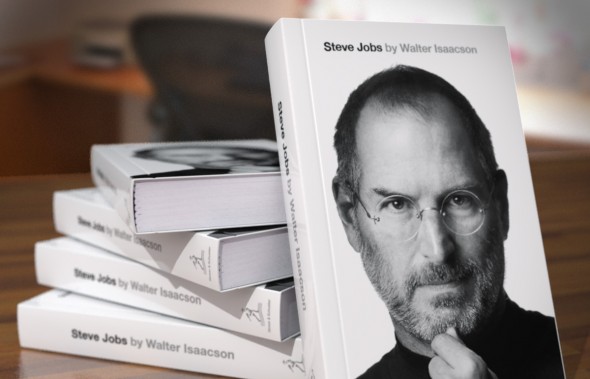 He believed in integrated systems.

He gave humanity closed gems assembled to perfection.
But he rarely opened up.
Maybe because he was an entity that need constant “fixing”.
And he died mostly not ready to open his body. His integrated system.
As he said: The body exists to serve the spirit.

Steve. True genius of our time, relentless in his pursuit to leave his footprint in the planet. And by doing so he marked an era.His entrepreneurial myth will mark decades to come. Jobs started Apple with Woz in garage in 1976, publicly humiliated and chased away from Apple in 1985, saved it from becoming ashes in 1997, and when he died- 2011, Apple became world’s most valuable company.

Incredible journey saw him mark, redesign and bread new life into industry. When you reconsider it, he changed our world so thoroughly, that we can not take a step into 21st century maze without stepping over his mark on each corner:

Is there a slicker computer then Mac?

More popular animated features than those made in Pixar?

Has any phone a bigger legion of devotees?

More exciting post computer era the this one completely dominated by iPad ?

Music more available than that “99 cents per song” playlists?

Trough over 40 interviews with Jobs- Walter Isaacson, a famed biographer and ex New York Times editor in chief, has given us precious, unique glimpse of a raw, human side of unpleasant and troubled genius. He gave us Jobs.
“The essence of Jobs, I think, is that his personality was integral to his way of doing business. He acted as if the normal rules didn’t apply to him, and the passion, intensity, and extreme emotionalism he brought to everyday life were things he also poured into the products he made. His petulance and impatience were part and parcel of his perfectionism.” 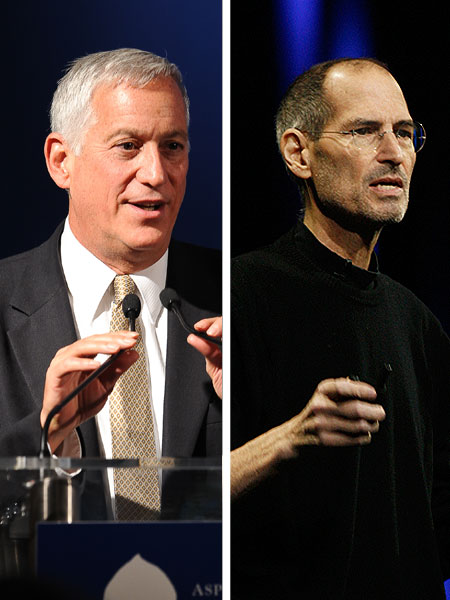 In any decent tech site you can read an overview and summary of the window into Jobs world by Isaacson. As an devotee and one that is truly inspired by relentless pursuit for excellence (even the one that included him being obnoxious, liar and tyrant ) that he embodied I will try to outline some of the key points from the book that personal reflected/influenced my leadership visions. With help of Isaacson’s overview on jobs.

“I once asked him what he thought was his most important creation, thinking he would answer the iPad or the Macintosh. Instead he said it was Apple the company. Making an enduring company, he said, was both far harder and more important than making a great product. How did he do it? Business schools will be studying that question a century from now. Here are what I consider the keys to his success.
Indeed, he and Apple had had a string of hits over the past dozen years that was greater than that of any other innovative company in modern times: iMac, iPod, iPod nano, iTunes Store, Apple Stores, MacBook, iPhone, iPad, App Store, OS X Lion—not to mention every Pixar film.”
Isaacson on Jobs 2013

Concentrate on beautiful “insanely great” products. Profits later.He never spoke of profit maximisation or cost trade-offs. Don’t worry about price, just specify the computer’s abilities,” he told the team leader back in the day . At his first retreat with the Macintosh team, he began by writing a maxim on his whiteboard: “Don’t compromise.”

“Simplicity is the ultimate sophistication,”
Apple’s first brochure.
“It takes a lot of hard work,” he said, “to make something simple, to truly understand the underlying challenges and come up with elegant solutions.”

“Customers don’t know what they want until we’ve shown them.” Follow your intuition, know the environment.

He frequently quoted Henry Ford’s line “If I’d asked customers what they wanted, they would have told me, ‘A faster horse!’” 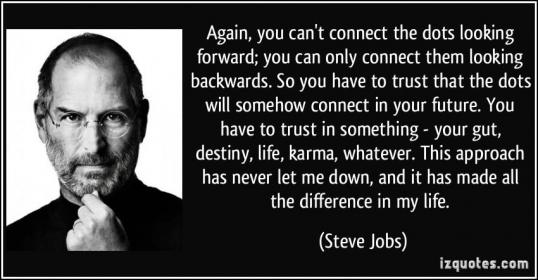 He could inspire his team to change the course of computer history aldough he had a fragment of IBM power. “It was a self-fulfilling distortion,” recalls Debi Coleman, a member of the original Mac team who won an award one year for being the employee who best stood up to Jobs. “You did the impossible because you didn’t realize it was impossible.”
Strive to Perfection. Cut down even the slightest of imperfections

He changed first Iphone design abruptly. “Guys, you’ve killed yourselves over this design for the last nine months, but we’re going to change it,” Jobs told Ive’s team. “We’re all going to have to work nights and weekends, and if you want, we can hand out some guns so you can kill us now.” Instead of balking, the team agreed. “It was one of my proudest moments at Apple,” Jobs recalled.

“People are busy,” Give them ready-to-use systems. Give them end to end experience.

“They have other things to do than think about how to integrate their computers and devices.” This statement stemmed from his personality, which was very controlling. But it was also driven by his passion for perfection and making elegant products.

“I hate the way people use slide presentations instead of thinking,” Jobs recalled. “People would confront a problem by creating a presentation. I wanted them to engage, to hash things out at the table, rather than show a bunch of slides. People who know what they’re talking about don’t need PowerPoint.”
Stay Hungry, Stay Foolish
Stewart Brand’s Whole Earth Catalog. On its first cover was the famous picture of Earth taken from space, and its subtitle was “access to tools.
“On the back cover of their final issue was a photograph of an early morning country road, the kind you might find yourself hitchhiking on if you were so adventurous. Beneath it were the words: ‘Stay Hungry. Stay Foolish.’” Jobs stayed hungry and foolish throughout his career and even as Apple became corporate, Jobs asserted his rebel and counterculture streak in its ads, as if to proclaim that he was still a hacker and a hippie at heart.