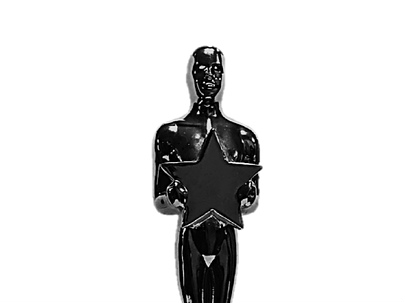 When you think of the most powerful modern mediums in the US and the wider world nothing beats the Hollywood. It appeals to many of us as a frank and fair source free from political influence. Yes, it has to earn its money and there is no question about it, but it’s a creative industry. It is there for us to show the beauty of this world that we love so much. And it is there to be honest.

And yet something started feeling not quite right at some point. We heard occasional claims of the lack of diversity in the movie industry but we seemed not to care much until one day about two years ago a number of Oscar 2015 nominees appeared coloured completely white at the red carpet. April Reign, a former lawyer and now an editor and a writer from Washington, DC posted her first tweet with a hashtag #OscarsSoWhite. It blew out Twitter and other socials immediately. And it was global.

So much for the shattered idealistic views of Hollywood. It turns out the industry is not so honest and not so independent after all. It is appallingly reluctant to give equal opportunities to people coming from non-white racial backgrounds. And yet ethnic minorities make nearly half of the cinema-going audience in the United States alone. Clearly there is a big racial issue in Hollywood.

A year later the case repeated itself: no black Oscar nominees. The reaction from industry workers and media was even bigger than the year before. People started pouring down the numbers and the timelines into the net. And the stats claimed that there were only 14 black actors in history who won Oscar.

Furthermore it surfaced that only five Latino actors got the film academy prize. Asian actors got three and indigenous got one. Emmy awards didn’t look any better. 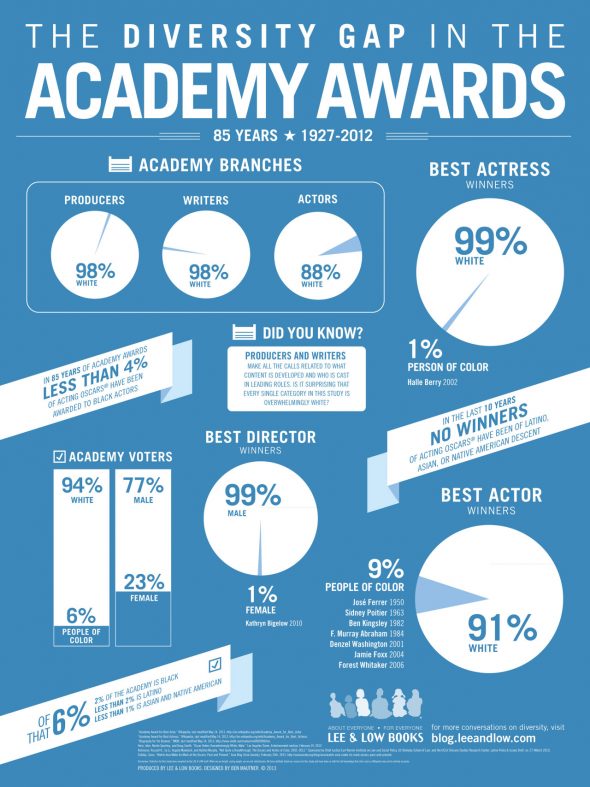 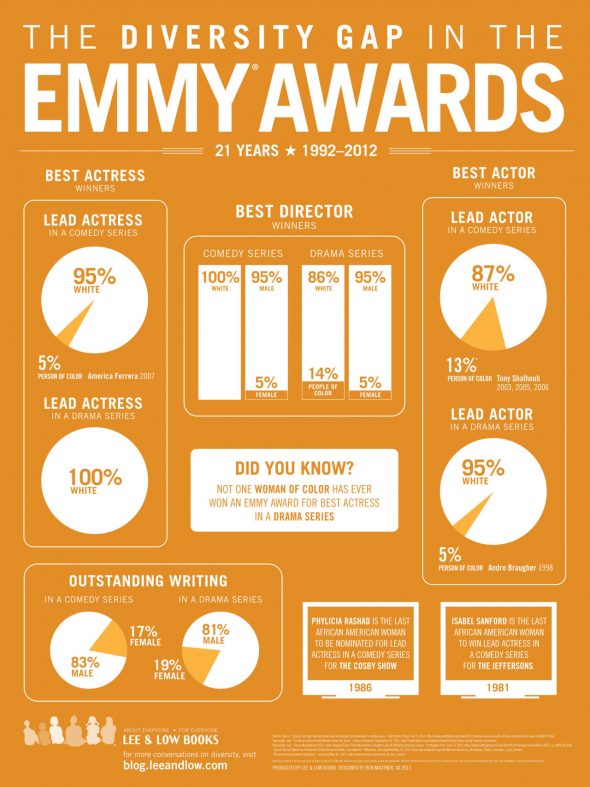 According to the 2015 Hollywood Diversity Report, «minorities claimed 16.7% of the lead roles in the 174 films examined for 2013, up from 15.1% in 2012 and just 10.5% in 2011. Because minorities collectively accounted for 37.4% of the U.S. population in 2013, they were underrepresented by a factor of a little over 2 to 1 among lead roles in the films examined for that year». It is worth noting however that overall cast diversity has increased.

From an alien’s perspective the debate has grown out of propotion. The Academy Award is prestigious enough but is it that important? The world loved the way Chris Rock handled his speeches at the 2016 Oscar Award Ceremony Award. “We had real things to protest; you know, we’re too busy being raped and lynched to care about who won best cinematographer,” he said. Tough but true. Fighting for your right to be among the Oscar nominees seem the target not worth of pursuing when you think of serious and harsh situations in life. But then another angle on the story surfaced.

The public debate digged further down into who is guilty. Some blamed gatekeepers in Hollywood that control what films go to production and what cast work on them. Just as a famous black director, Spike Lee, who received an Academy Honorary Award in 2015, said “It’s easier to be the president of the United States as a black person than to be the head of a studio”. Some blamed the fact that Oscar voters are predominantly white, to which the academy’s former president Hawk Koch had to say this:  “There aren’t that many qualified people, period, of any race or gender, to invite each year”.

To the joy of all minorities in Hollywood a new president was elected in 2013. And it was (attention!) Cheryl Boone Isaacs, an African American woman!

She began an active work in order to eliminate racial and gender inequality in Hollywood. “Obviously this is a for-profit business, and I absolutely understand that. But at the same time, look at Star Wars: The Force Awakens, which has now grossed over $1bn and is one of the highest-selling films of all time – with a female lead and a black lead. So, don’t tell me that people of colour, that women cannot fill seats because Star Wars has proven that wrong,” she said.

Issacs annouced a five-year plan, so called A2020, that shall help to make those changes in a high temp and to lead to the following situation:

Beginning later this year, each member’s voting status will last 10 years and will be renewed if that member has stayed active in movies during that decade. Members will receive lifetime voting rights after three 10-year terms, or if they have won or been nominated for an Oscar.

But to reach its diversity targets, the academy will confront a major dilemma in drawing members from an industry in which women and minorities are scarce. So, this proccess is not going to be simple and univocal. It is obviously not  easy to change the system so fast. But changes are already happening. The last Oscar ceremony was closing with a legendary Public Enemy’s «Fight the Power» playing over the credits. It certainly means something big is going to happen soon.

Dina Zhansagimova is a Hubert H. Humphrey Fellow 2016 at Arizona State University, Walter Cronkite School of Journalism and Mass Communication. Dina is currently based in Phoenix, USA but her usual permanent location is Astana, Kazakhstan. She is a media development specialist and a freelance journalist. Educated in Economics with an MBA from Kazakh Institute of Management, Economics and Strategic Planning Dina has extensive experience in development sector and journalism.

View all posts by dzhansag →