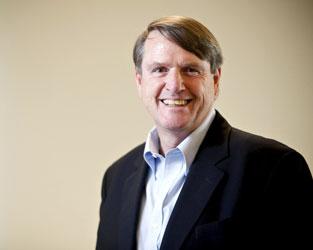 Leonard Downie Jr., the Weil Family Professor of Journalism at the Cronkite School, is the former executive editor and vice president of The Washington Post. During the Humphrey seminar, Downie talked about presidents of the U.S. from Richard Nixon to Donald Trump and their relationship with media. As a communication specialist I got five lessons from his observations as an editor during his journalistic career.

First of all, the main thing in public affairs when you are working with media is openness and readiness to cooperate. Downie gave us an example of George H. W. Bush, the 41st President of U.S., who was not so public and visible. During his presidency he was handled with press but he did not make a big deal of it and he did not go to the public. “We only knew inside the press, the public didn’t know about it. We knew how much people complained about the coverage and so on. But he was keep quiet. He was a gentleman about the fact that he did not like a press and coverage of him. It never became a big issue [and] he was affirmed one term president.” said Downie.

In contrast with Bush, his future successor, President Bill Clinton was open and straightforward. Although in the early days of Clinton’s administration his communication office was a little bit “disorganized” but later they had good connection with media in a  non-antagonistic way.

The second rule is to be ready for tough questions. The media is doing their job; if you are tense they will aggressively cover your job. Downie presumes the lesson that Trump could learn is instead of being so antagonistic with press, he should use his television personality that he developed during “The Apprentice” in a different way. He might be more successful talking beyond the media to the general public. He was very successful with this foundation but right now he is beyond the base that he built in previous years.

The third rule is to be an effective storyteller like President Ronald Reagan who was one of the most popular presidents in his time even though he could mix the facts and not being accurate with information. Ronald Reagan’s era brought professional communications standards and in his presidency it was a transformation in the way in which the White House handles the press. There was much availability and access to information from the President’s office. Although there was a lot of “clever propaganda,” at the same time the administration was very open with the press. The same with Clinton’s presidency where there was extremely open conditions for the first figure.

The fourth principle which communicators learn is being interested in people as President George W. Bush who was not the policy guy but he was a people person; he knew all reporters personally. “I remember I took a plane ride with him when I first met him when he was running for president for the first time and when we talked about coverage and trying to figure out how to be fair and so on, he kept bringing up the names of Washington reporters covering the campaign.” said Downie. “He knew not only the names, but also their families, had nicknames for them. He liked to have [a] good personal relationship even [though] they were difficult over the coverage”.

The last rule is smooth message controlling and not attacking the media. Especially in the era of technologies, it is very important to control messaging and to ensure that it flows properly to audiences. President Barack Obama’s administration created their own way of delivering messages through their own web-sites, but at the same time it is advisable to have a transparent and deliberative system in distribution of information. The Obama administration established very tight control over the media, which is not good because the media could not find their own way of covering government news. So in terms of giving permissions for interviews for governor officials it is better to have open system. One of the dangerous things in dealing with press is attacking them and being antagonistic. Another tactic which Downie mentioned for such occasions is delegating it for others shoulders how it was in George W. Bush’s administration. When there were difficult issues with the media, Bush left it another White House official to do the complaining. This could be also a tactic for tough issues.

In conclusion Downie’s lecture also added the importance of hiring good communication professionals for an administration. Most of the successful cases of White House media relations were with good professionals of public affairs. They can bring success or disaster to your presidency, management and campaign.