“Life is a kind of Chess, with struggle, competition, good and ill events”
Benjamin Franklin 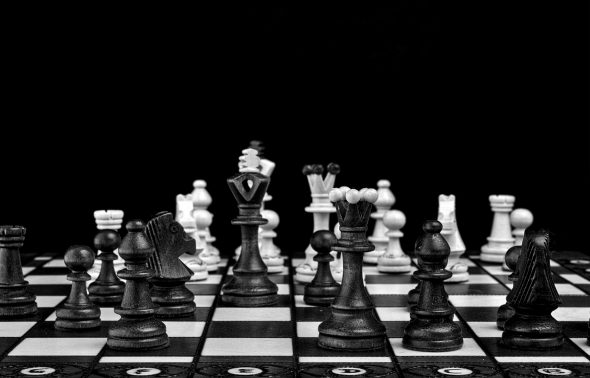 War against racism is one of the oldest fights humanity struggles to win, however, we permanently lose. People of color still keep face discrimination in a variety of spheres all over the world. Despite the global face of racism, countries with ethnical and racial diversity like the USA are more subject to going through its continuous acute phases.

Who is the one to bring gasoline to this fire? People of power who are trading intolerance for vague privileges and imaginable safety and do not understand the long-term devastating consequences of this manipulation. Racism and xenophobia in the U.S. reached another hot spot during the months leading up the 2016 election. Words of hatred, “building the walls,” are in the minds of the Americans. Multiple attacks on people of color by politicians provoke cruelty in society that we see in continuous racially biased attacks. It has ignited a fire that will be hard to extinguish.

In reality, this fire started burning in Ferguson, Missouri after Michael Brown was shot and killed by police. Literal fires burned in the streets, but even stronger fires burned in the hearts of many. Now structural racism was literally killing people. It killed black people, it killed brown people (race crimes in Arizona—take a look at the Shiekh man killed days after 9/11), and it killed white people (attacks on Dallas police). 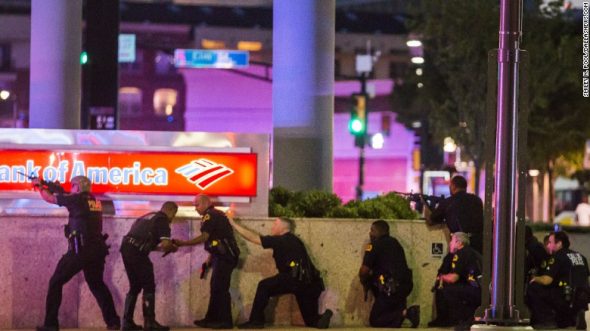 People are literally belittled for believing racism still exists—I found myself explaining the concept of a “glass ceiling” to a friend who told me any poor black person could go to the same college he does. Where does this ignorance stem? It comes from the desire to not discuss and fix the racial problems in America. People dying should be enough for us to realize racism and xenophobia are real in the U.S. and should be calmly discussed between the people affected and society, without outside attacks coming from all sides. 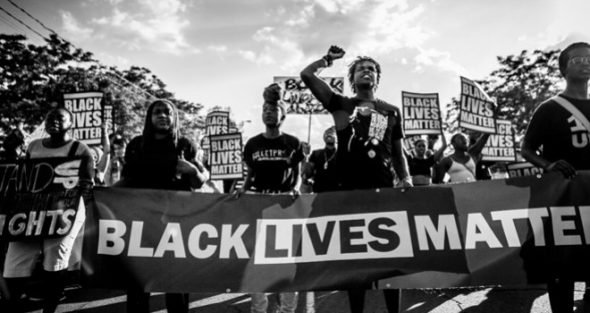 What if you ask an average American if they are racists, what would be the answer? I bet no one will dare to say they are a racist, though daily life gives quite a different argument. Every other day people are losing their lives just because of color of their skin. #blacklivesmatter raised unprecedented resonance through social media and brought attention from the national media, in turn driving the movement for civil rights protection and racial equality. How many people need to die before progress will become visible? Do we need to lose faith even if Ferguson activist Darren Seals is shot to death in his car?

It is outrageous when a potential leader of one of the most powerful countries in the world – Donald Trump – posts to his Twitter:

Sadly, the overwhelming amount of violent crime in our major cities is committed by blacks and hispanics-a tough subject-must be discussed.

Though he forgets that every action has an equal and opposite reaction, and in the future, the polarized society he helped create can ruin basics of democracy and equality in the U.S.

Trump’s way of discussing these issues does not promote calm and productive conversations about race. People simply unaware of the upward battle for many ethnicities, or ones who choose to be non-tolerant, have found a type of solace in Donald Trump. Finally, someone is saying what I think. Too often the statement’s that lack integrity and truth, the statements that enflame fears, and the statements of pure ignorance catch the attention of the media in the United States, specifically cable news. If the media would not place these headlines in their 24-hour newscasts, would people be so willing to believe those statements.

News in the United States can act as a gatekeeper—Is this good or bad? In the case of spreading defamatory statements, I believe the gatekeeper role isn’t so bad after all. What about just countering the hate speech with better speech, good speech? Yes, this will work, too. But, it often turns into on-air fights and creates more buzz about a statement that doesn’t need the attention. Turn on CNN at night and watch Don Lemon’s show. You’ll see what I mean.

The media has a strong hand in this game of chess, the constant back and forth movement of this deadly topic. The media must take a role is helping facilitate promising conversations and hold politicians accountable for their outrageous comments. Continually gossiping and speculating about the comments will do nothing but garner more fear, hatred, and confusion from both sides. I beg, let’s stop pretending these statements are OK. Yes, everyone has the right to an opinion. The media has the ability to bring everyone to the same stage, not just a select few. It has the ability to explain why some opinions are just factually incorrect. In the hope for the future of America, let’s use the marketplace of ideas to help root out the bad opinions. And there is one rule in this media marketplace: no megaphones allowed. And maybe a talking stick should be written in to the handbook…

Are these racial problems exclusive to the U.S? I would not say so. Europe, flooded with Syrian refugees, has experienced an unprecedented challenge in the social shift towards radicalization of racial and religious attitudes. People put labels on newcomers, generating new problems for the future. France, Germany, Spain, and the Balkans are already losing some attributes of democracy when race and religion breaks the anxious and desperate society apart. For some countries this problem keeps being hidden, just waiting to explode.

Maybe the mixture of #blacklivesmatter and Donald Trump’s outrageous comments about nearly every ethnicity, race, and religion has caused the U.S. problem to explode. Now it’s our job, as citizens and journalists, to come to the table with an open mind and heart to fix the problems at hand.

One Comment on “Chessboard of Race in America: The Deadly Game”