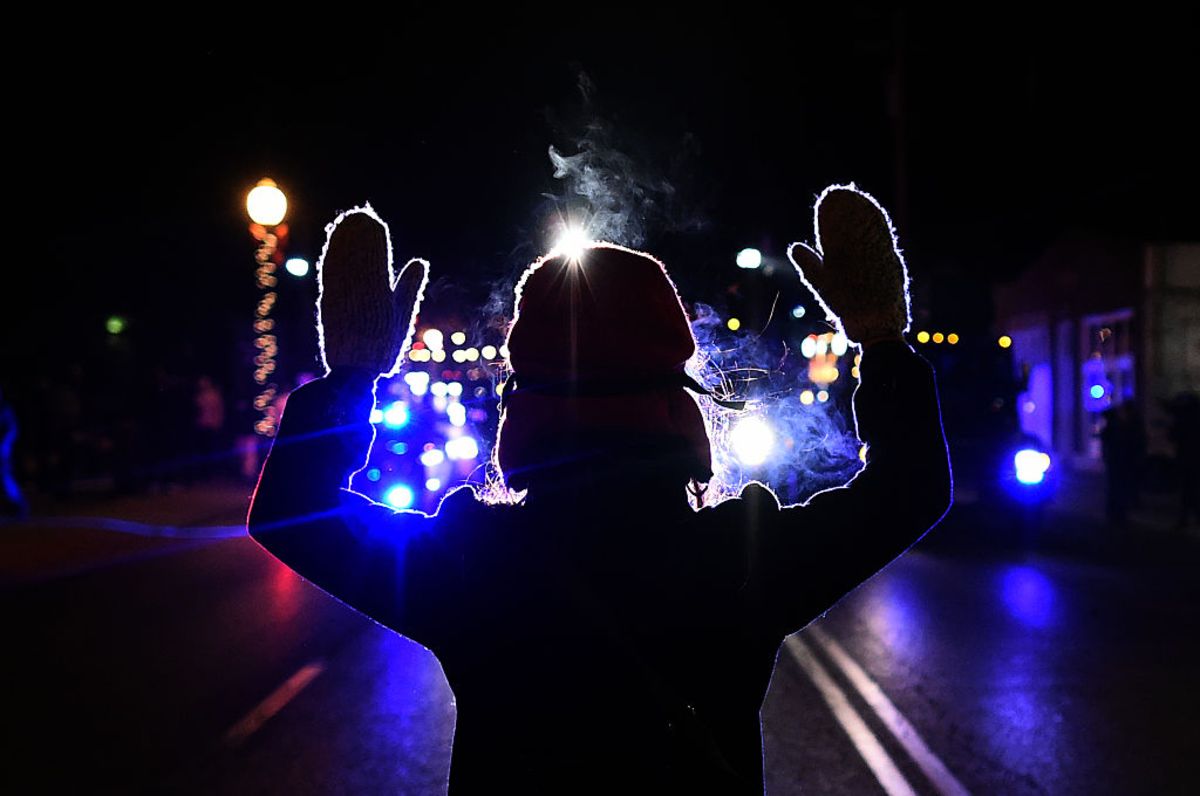 Never before has the United States of America faced such negative exposure of racism in the 21st century. During the past three months, I saw the police shootings saga shaking the whole “land of the free” even though the series of attacks happened in fewer states.

On July 6, 2016, Philando Castile, 32, was fatally shot by Jeronimo Yanez, a St. Anthony, Minnesota police officer, after being pulled over in Falcon Heights, a suburb of St. Paul. Reports say that he was driving a car with his girlfriend, and her four-year-old daughter as passengers when he was pulled over by Yanez and another officer. Castile’s girlfriend, Diamond Reynolds, began streaming video live on Facebook immediately after the officer fired. In the stream she said Castile was stopped for a broken taillight, had notified the officer that he was licensed to carry a handgun and was trying to get his wallet at the officer’s request when he was shot. His death was the second fatal encounter between police and an African-American man to gain national attention that week.

These shootings triggered mass protests nationwide, and brought America’s “white supremacy” under the world scrutiny. This coverage costs the country’s reputation as a whole. CNN reported that Mr. Castile had previous several traffic violations, whereas Fox News reported that since 2000 he was having hard time with law enforcement officers on his addiction to drugs, among other criminal records. The differences in how his story was reported by these networks is indicative of the large effect the media can have in framing racial issues.

I agree that today’s mainstream media does a better job of accurately reporting on race related matters than it did many years ago. But still minority groups complain through social media and petitions against their portrayal.They believe that their is still a lot of work to be done in eliminating stereotypes and being portrayed more accurately. Many people, minorities included, believe that CNN, FOX News, MSNBC, NBC, CBS, etc., along with their internet entities and affiliates, often cooperate with the political establishment to control what we see, hear, and read. Furthermore minorities are often highly underrepresented in both the political and media brass that are so important in deciding what stories receive attention and how they are covered.

CounterPunch Journalist Linn Washington Jr. elaborates that “yet, the mainstream news media still does not report adequately on racial problems rampant across America, particularly institutional racism that also infects the news media.” I attended a workshop on the root of racism, and I was shocked to hear a 40 year old woman, who is working in a high school in Mesa, was refused to wear Indian traditional clothes, and she did so because she feared to lose her job. Yet another 25 year old African American was forced to change her hair color from black to brown and used chemicals to enlighten her skin in order to keep her college Scholarship.

Why do we hate?

Jane Elliottan, American anti-racism activist, and educator, was asked by a reporter why people hate, and here is what she responded

Another important aspect of media coverage of racial issues in America is the specific events which are covered. It seems that systemic racial issues are largely ignored in the media unless a specific event, usually a tragic one like the shooting of Philando Castille or Michael Brown, brings them to the forefront. While this type of event almost always result in repeated calls for a much needed national discussion on race, these preceding events also often create a very sensitive and hostile environment. These heightened tensions can make it very difficult to have a sensible, logical, and productive discussion of racial issues. While it would be wrong of the media not to give added attention to these tragedies the national discussion on race could stand to benefit from coverage of less emotionally charged day to day issues.

Media coverage of minorities and race relations is not only an issue for African Americans. If you look at the situation after September 11, 2001 attacks, there was a spike in hate crimes against Muslim Americans in the united states. While the mainstream media often portrays black people as thieves, gang members and potential security threats, many have also questioned a new rise of  islamophobia. On this 15th anniversary of the attacks many Americans think they are not safe living in muslim neighborhoods because of potential terrorist activities.

Prominent figures on the spotlight

This fear is fed by the media as well as certain prominent figures who receive substantial media coverage. And yet much of the American Muslim population goes to mosques fearing that they will be targeted for their religious beliefs. Presidential candidate Donald Trump has gone as far as proposing an immigration ban on all Muslims. And even more disturbingly Trump continues to perpetuate a myth that there were Muslims celebrating on the rooftops after 9/11.

The media allows him to continue to make these statements with relatively little questioning despite it being a well documented fact that no such celebrations took place.

Shooting scenarios have been like every morning singing bird in several neighbourhoods of the US. On every television you can hardly miss hearing about an African American killed by a law enforcement officer or vice versa. If you look at the Pew Research statistics, there is some progress made by the Obama administration regarding how Americans view race relations.

In the way that the mainstream media loves covering racism and racial tensions it is dividing the population and growing hate crimes.

On his inauguration day in 1994, a south African anti-apartheid revolutionary Nelson Mandela said that “No one is born hating another person because of the colour of his skin, or his background, or his religion.” Thus, “People must learn to hate, and if they can learn to hate, they can be taught to love, for love comes more naturally to the human heart than its opposite.”

2 Comments on “Did The American Media Get it Right on Race?”