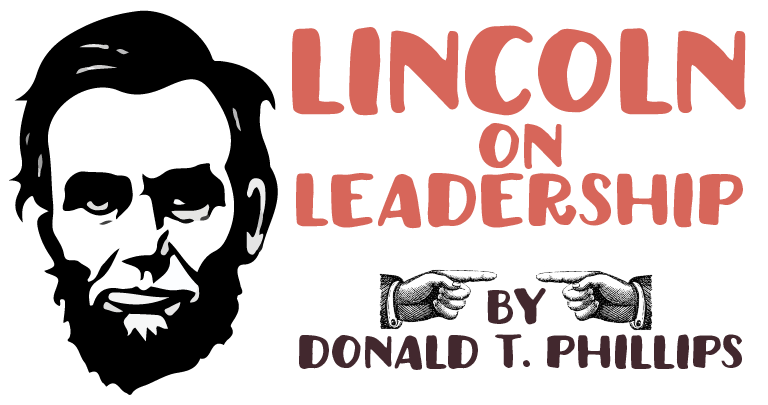 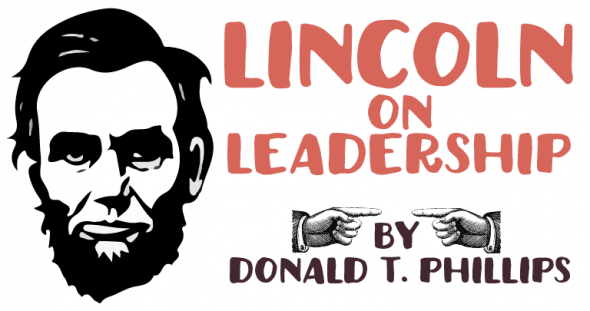 In his book, Lincoln on Leadership, Donald T. Phillips takes a unique look at the leadership style of one of the most beloved presidents in American history, Abraham Lincoln. Phillips wrote this book to fill the void he found in leadership instruction based around Lincoln’s policies. In his opinion, Lincoln’s leadership style represented an acute understanding of human nature, something Phillips thought was lacking in the managerial field.

“Perhaps true leadership is uncommon in today’s society because it’s not genuinely understood and has often been misinterpreted.”

Phillips continues that while traditional leadership instruction focuses on abstract concepts, by analyzing anecdotes and examples from Lincoln’s presidency, we are able to gain actual, tangible knowledge of how an effective leader acts and makes decisions.

I found Phillips book to be refreshing in the sense that most of the advice, or “Lincoln’s Principles” are very direct. Rather than conceptualizing how a leader might act in an abstract situation, Phillips is able to provide concrete examples of what a great leader has done. I think we are more likely to retain this information when it is presented as a small anecdote.

While Phillips lists many “principles” to lead by, I will focus on four themes that I found recurring throughout his novel, and four anecdotes he shares these tips through:

Lincoln always took into account that he was serving others, and stayed away from leading with force at all cost. One of his best practices for keeping the decision-making process democratic was to let everyone first voice their opinions. Lincoln would sit quietly and respectfully, even if he thought an idea was completely crazy. He would then thank the presenter, and respectfully offer his own opinion. Lincoln knew that it was easier catching flies with honey, and in this way he was able to make important decisions for the country, while shying away from anything forceful or dictatorial.

“When a leader begins to coerce his followers, he’s essentially abandoning leadership and embracing dictatorship. Lincoln rejected the dictatorial role by becoming a persuader-delegator in substance, style, and philosophy”

Known for being out in the field more than any other politician or president around his time, Lincoln averaged more than 15 days out in the field per month, save for personal tragedies. Lincoln wanted to talk to the people he was presiding over because he knew that was the only way he could serve them, by understanding their pains. It is clear how someone in the managerial field could take this lesson and make efforts to get out of his or her office and speak with employees.  In turn, the employees feel like their feelings and input are valued, and the manager becomes more well-informed about the daily operations of their organization.

My personal takeaway from this section is the importance to experience something before you can truly start making decisions. I enjoyed reading about Lincoln visiting soldiers in the field while simultaneously making decisions about the war. This kind of involvement benefits both leaders and their people.

Something that becomes painfully obvious through reading this book is that Lincoln was a stickler for moral behavior. He had an unwavering dedication to his beliefs and morals, and he was not afraid to cut ties with those who veered off the path. He was known for firing his secretary of war when he found out about corrupt deals being done behind his back. This same secretary was someone who Lincoln had endorsed in the past, yet when the time came, Lincoln had no problem speaking up against this person to preserve his own character.

Having this sort of conviction lends itself to having a strong character and integrity, something that Lincoln did not take lightly:

Following Lincoln’s principles for conviction in character, we have probably the most infamous trait associated with Lincoln–honesty. I’m sure most have us have heard the nickname, “Honest Abe”  (also used as an expression.) As Phillips explains, this nickname wasn’t constructed in vain. Lincoln earned this nickname by valuing his integrity above all things. To him–integrity is all one has to prove oneself. Following this logic, when integrity is compromised, a leader can never gain back the respect and trust of his or her followers.

Phillips mentions the corrupt, power-hungry environment that those in managerial positions face, and shows how a lapse in integrity can ultimately lead to disapproval and negatively impact an employee’s work. We can obviously see how Lincoln’s actions deliberately avoided these scenarios and instead encouraged positive public opinion.

I think many of us can take away these sort-of moral teachings that Phillips presents, and use them in our own life, be it in a managerial sense, or just by being decent human beings. I know that in my own leadership plan moving forward from this class, I will keep Lincoln’s lessons in mind. 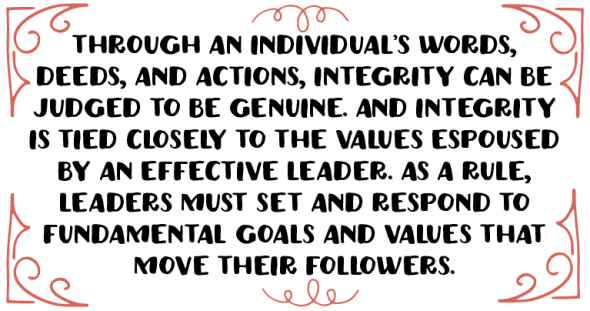 Written by: chandlerlongbons2 on December 3, 2015.

View all posts by chandlerlongbons2 →