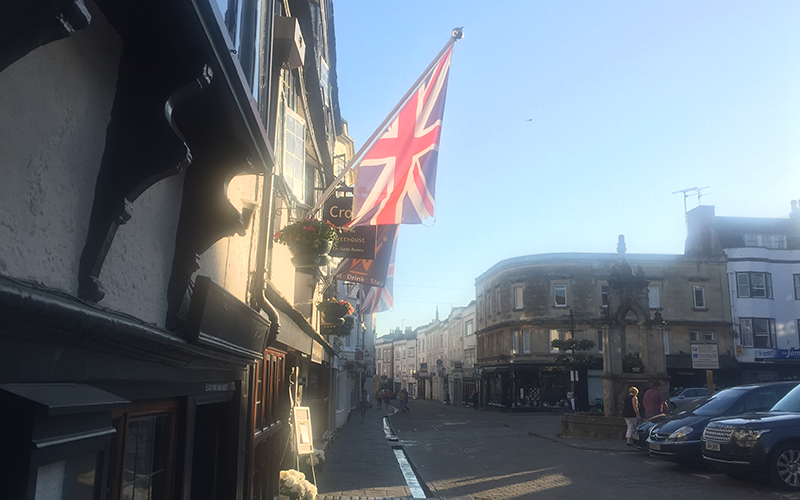 Uninspiring terrorism requires a multifaceted approach, but the first step is talking

“Did you see? There was another attack,” said a woman in a queue at FedEx. Scrolling through her phone, she added, “Huh. Looks like it was London again.”

A bomb injured 29 people on a commuter train in West London at 8:20 a.m. on Friday, September 15, 2017, resulting in the lifting of Britain’s security level from critical to severe.

Writing a blog about how to solve terrorism is taking a little longer than anticipated now, due to the fifth attack on British soil this year.

Once again, I am checking in with my family and friends—ensuring that everyone is safe, and that everyone they know and love is okay, too.

It’s becoming a routine: touch base with anyone who could have potentially been in the area of an attack site. Hold your breath until a phone call or text is answered, or a “marked safe” notification appears on social media.

Those fleeting, silent moments of uncertainty—that is when terror succeeds.

Fighting terrorism is like fighting a hydra—you address one issue and two or more will come up.

Policy makers recommend taking on socioeconomic, education and political freedom issues as a way to fight the “root” of radicalization. Counter-messaging of propaganda is important, but groups like ISIS/ISIL don’t recruit through one message alone. Plus, the Internet infinitely propagates ideas and instructions, inspiring a “lone wolf” to rent a truck and drive into innocent Friday night revelers.

The “media”—to use the overgeneralized term—plays a difficult role when having to relay these events to the world. We must try to get all of the true facts out in a timely manner. We must consider with sensitivity reporting loss of life and injuries. We avoid over-focusing on the attackers, as that serves the agenda of Jihad.

Good communication is not only key to covering terror attacks; it is imperative to addressing this crisis afflicting our world. How else do you fight an ideological war? Because that’s what this is.

It’s not fighting an ideology of religion or political persuasion. Humbly, I feel that is oversimplifying the problem. Those committing acts of terror around the world are not of one religious or political belief, just as their victims are not.

The common denominator is the ideology of hatred.

Thus, it is imperative that an open dialogue is created amongst people of all backgrounds to reduce hatred through increasing understanding. We must be willing to learn new cultures and accept different perspectives without fearing change.

Those new to a culture feel pressure to assimilate—it is never easy, as the innate human desire to “fit in” battles with the desire to hold on to heritage. As an article from Cardiff University states, this is why integration–not assimilation– is so important. The media can help in this way by giving a voice to different identities and providing information for the uninformed.

The media can spark conversation in a time when remaining silent and fearful of debate only increases the chasm of separation that hatred thrives on. We can and must acknowledge sentiments of anger, frustration and righteous rage whenever meaningless violence snuffs out innocent lives.

But we must not give into the temptation of responding with hate. It is not hollow or weak to say, “We won’t let terrorism win,” or “We will carry on.” Rather, it is becoming increasingly difficult and therefore demands huge strength of character.

But these words must be supported by actively engaging in discussions and confronting issues outside of our comfort zones.The most recent attack in London is sadly not going to be the last. Perhaps terrorism can simply never be eradicated, but it can become less frequent once we start having open and constructive conversations.