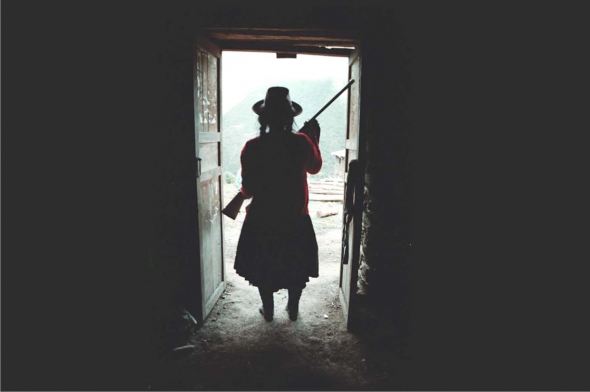 It seems painfully obvious that if the author had a “recipe” to successfully confront one of the big dramas of our time, terrorism, he would be looking at a career in the UN or some even higher place. But as a simple exercise there are some things that can be said about this problem and how to tackle it.
First of all, it needs to be clear what´s not the way to fight terrorism. It should be perfectly evident for us journalists that ignore the problem, try not to cover it in a professional way, or simply be compliant to the interest of states, governments, and hysteria expressed in social media, by giving to the problem a status of less relevance that it really has, it´s not a solution. It has to be clear that our job, as ugly as it might seem, is to inform the society about the reality that is lurking out there, so they can have the tools to take action, to protect themselves, and to demand solutions to the people in charge of those issues.
That doesn´t mean we should be sensationalist or gruesome in the way we cover this issue, nor that we should be a tool of the terrorists that helps them replicate their message. But the job of a journalist is to tell the truth as he sees it, and truth can sometimes take very ugly forms and shapes.
The same thing could be said of the society in general. It´s not a good answer to terrorism to try to ignore the problem, or to look at scapegoats through which to canalize our fear, and rage. But the same can be said about responses that appeal to some extreme forms of sensibility or “kindness”, which only encourage the terrorists, ratifying some positions that claim that part of the western society has succumbed to the hedonism and comfort, and it´s an easy pray for someone with enough courage and will to confront it.
There are some successful histories of societies defeating terrorism. Specially in South America. I can think particularly of the cases of Peru with Shining Path, or Colombia with the narco groups and left wing extremists like the FARC or the ELN. In both situations the key was to empower local communities, and make them partners with the states and governments so that they could become part of the fight.
One thing has to be clear. Terrorism is a security problem, and it should be fought with security forces. But without the complete support of the communities in which terrorist groups recruit their forces and hide their people, that fight is impossible.
At last, there has to be a strict respect for the values and conceptions for which the people fighting terrorists are as a matter of fact fighting. Again, Latin America was in many cases a terrible example of security forces applying the same methods that the terrorists in order to get a military victory. In the majority of the situations that only led to terribile human rights violations and to the alienation of the civil population which was supposed to be defended.
In the long run history has showed that it´s better to take more time and even to suffer some defeats, than to lose the moral grounds in whose defense the people fighting terrorism started from the beginning.