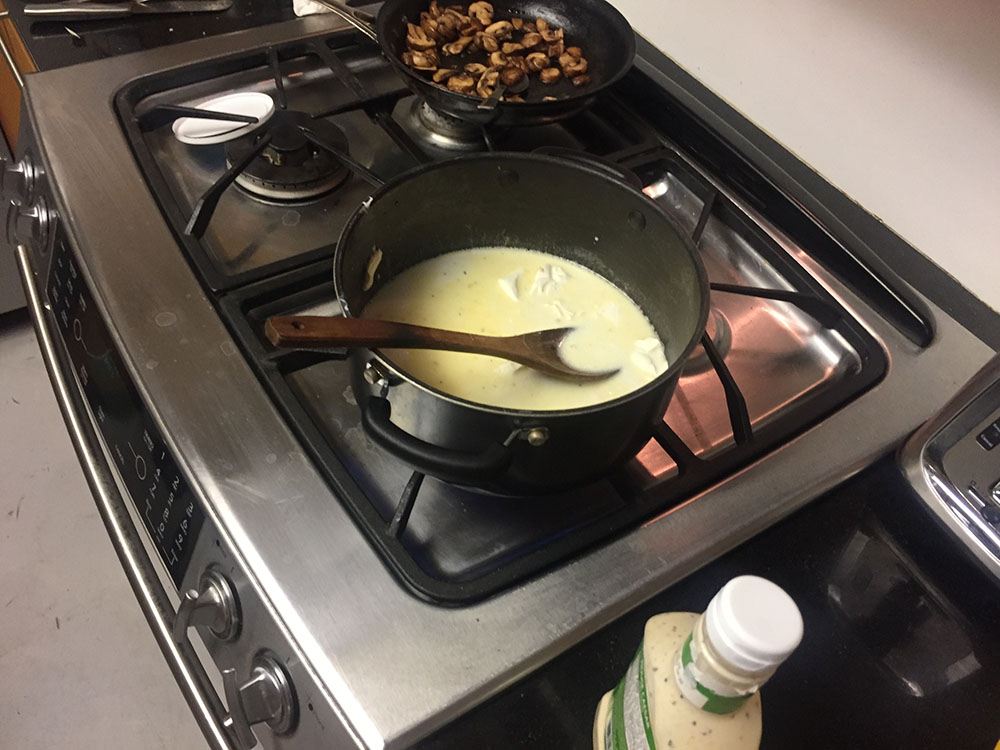 What is a Pakistani vegetarian?

According to Savera Shami, of Pakistan, it’s an individual who eats chicken (and sometimes seafood), but not any other meat. Xiaofeng Wang, who is from China, liked the term as it described her eating habits, too. Alexandra Watts, a native Arizonan, is also somebody who could fit into this category. 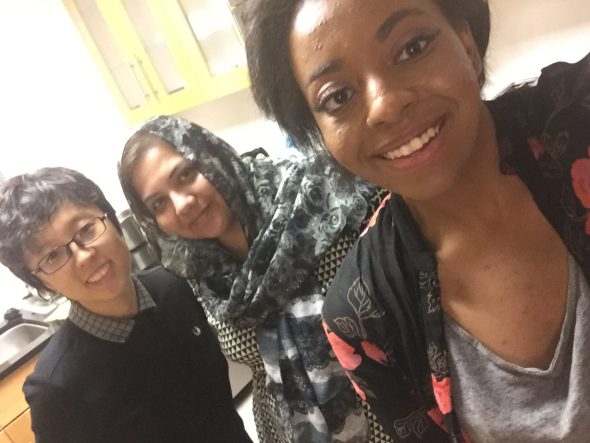 On a Friday night, the trio of “Pakistani vegetarians” — Xiaofeng, Savera and Alexandra (from L to R, pictured above)– gathered in Savera’s Tempe kitchen to cook a meal.

The trio wanted to make something simple, tasty and collaborative. They decided over a long email chain to cook mushroom and corn pasta.

As excited as Alexandra was for the assignment, she was a little scared. Alexandra is keeping take-out food delivery and TV dinners in business. She used to joke that she would burn cereal, and while she’s not completely useless in a kitchen, cooking is not one of her loves, hobbies or activities.

But pasta, different cultures and new friendships are enough to make even the most novice cook love the kitchen.

Upon arrival, the group had to change around their recipe a little bit. Because they had ears of corn instead of canned corn, it would have taken longer to shuck the corn to put  in the pasta. The group decided to have corn as a side dish instead. Instead of freaking out over the recipe changing, the group took it in stride and still incorporated corn into the final dish.

Corn was not the only spontaneous side dish. The group picked up some bread for the meal, and Savera easily taught the others a recipe for a garlic bread.

Savera was a wonderful host and helped Xiaofeng and Alexandra around the kitchen. She mentioned that sometimes back in Pakistan, she would make the meal for her two boys and husband.

Xiaofeng and Alexandra both continued to look in awe as Savera added mushrooms and made a sauce out of cream cheese for the pasta. Both worked on the garlic bread that was mentioned above as Savera lead the making of the pasta. Below, she adds some pepper to the sauce.

via GIPHY (GIF/Video by Alexandra Watts)

The kitchen was full of people, but everyone got along as a team. The trio worked well together always offering suggestions, help and advice regarding cooking.

“I hope this turns out okay,” Savera said prior to the completion of the meal.

The delicious smells in the kitchen were a spoiler to the fact that yes, the meal turned out more than okay.

The pasta, garlic bread and corn got three thumbs up from the group. 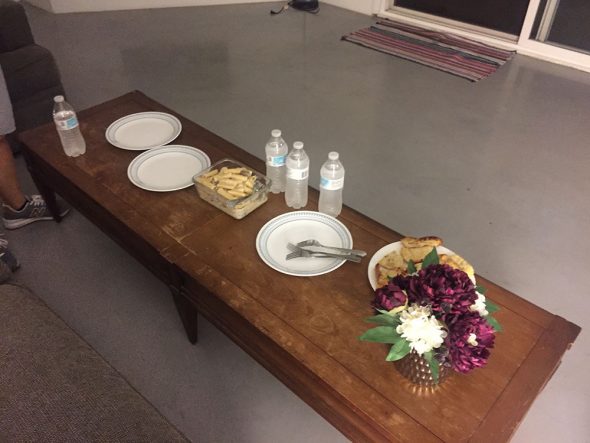 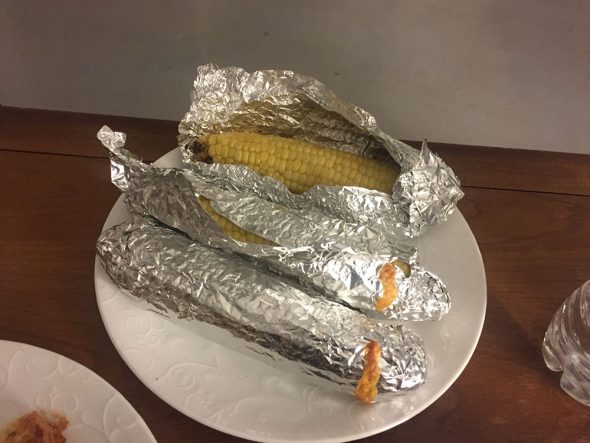 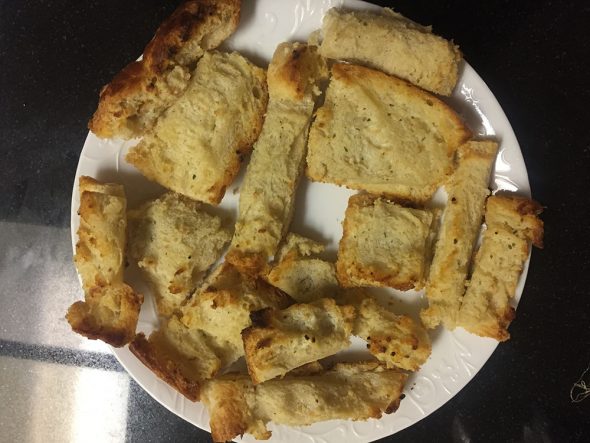 Not only was the food enjoyable, the friendly conversation let the group learn more about each other and their countries.

Conversation (face-to-face as opposed to just over text or email) quickly bridged any gaps between the trio.  What started with acquaintances in a course ended in a friendship between the three group members.

This trio embodies a good spirit by featuring solid collaboration between people from different cultures, nations and races coming together to make a delicious meal.