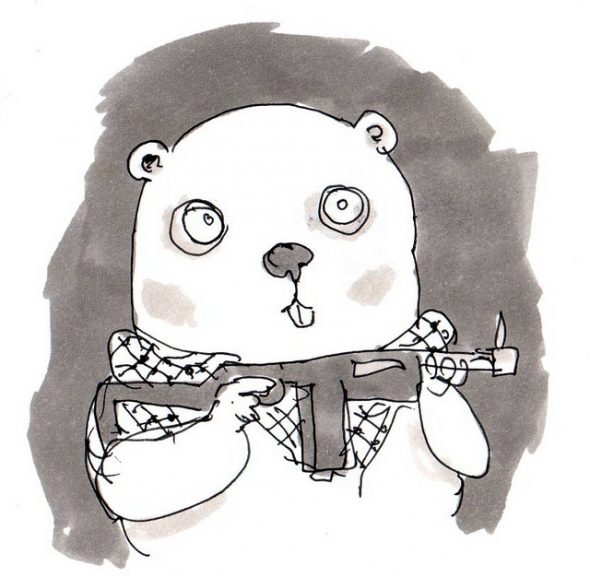 Many lives of innocent civilians have been lost at the hands of terrorists in many poor and developed countries over the past quarter-century.

In August, a suicide bomber killed 20 people in Nigeria and wounded at least 80 people.

Last week in London, a terrorist attack took place when a bomb wrapped in plastic bag and placed in a bucket exploded on a Friday morning. The explosion wounded at least 29 people. It is the fifth terrorist attack in Britain so far this year.

In December of last year, at least 12 people were killed and dozens more were wounded when a truck plowed into a Christmas market in Berlin.

In March 2016, two bombing attacks in Brussels killed at least 31 people and wounded more than 200.

In November 2015, terrorists went on a shooting rampage, setting off explosions and taking mass hostages, after they took over a big stadium with a capacity of 1500 people in Paris. They also attacked four other popular locations in the city, leading to the death of more than 100 people. Hundreds more were wounded.

In April 2013, two brothers, Dzhokhar Tsarnaev, 19 and his older bother, Dzholkhar Tamerlan, planted two explosives near the finish line at the Boston Marathon. The explosions killed three and wounded more than 250 people.

These attackers carry out their missions to kill and hurt innocent people when the opportunities arise.

Why do terrorists aim to kill and hurt people? What are the reasons behind their acts?

These terrorists have carried out their attacks because of many reasons, ranging from revenge, hatred, racism and raw political interest, a sense of heroism, and hopelessness in life.

Some people have been captured and forced to carry out acts of terrorism.

In the last half decade, more than 400 boys and girls have been abducted from their home by the vicious militant group Boko Haram.

The terrorist organization has killed their loved ones, taken new hostages, bombed and burned villages in order to take control of territory from the government of Nigeria.

Many of the boys and girls who have been abducted have been trained to be killers. Their missions are to carry out bombings, scorch villages and kill villagers. These boys and girls have to follow orders from their commanders to save their own lives in order get back to their families.

Last year, The New York Times interviewed a few boys who had run away from the control of Boko Haram in Nigeria. The boys said that they killed villagers and scorched villages because Boko Haram commanders would kill them if they did not to obey them. After earning their commanders’ trust by slaughtering villagers and burning homes toashes, the boys managed to get away to be with their families.

Some global terrorist groups carry out their terrorist attacks because of their belief in religious ideology, for example the global terrorist organization and Islamic militant group ISIS that has claimed responsibility for the terrorists attack in Paris, Brussels, Berlin and London.

The Islamic State in Iraq and the Levant, ISIS, is led by former US detainee and radical Muslim Ibrahim Awad Ibrahim al-Badri al-Samarrai, aka Abu Bakr al-Baghdadi.

ISIS has asserted its control and attracted the allegiance of other jihadist groups worldwide. Their mission is to eradicate obstacles to restore their God and to defend the Muslim community around the world.

Dzhokhar Tsarnaev, the younger brother of the Boston Bomber who survived a fire fight with police after the explosions, told the investigator that they carried out the Boston Marathon bombings because of America fighting wars in Iran and Afghanistan where Islam is heavily practiced. The official told The Washington Post at the time that the two brothers did not appear to have been directed by a foreign terrorist organization such as ISIS. The brothers believed that carry out these attacks was a validation of their heroism in Muslim countries.

How can we stop these nonsense killings?

In order to stop all these attacks, the leaders of the world have to spread the word of love and tolerance among people who have faith in different religions.

This approach applies to both powerful world leaders and ordinary people, to show love and appreciation and embrace diversity.

The media should produce and disseminate videos and online campaigns on how the Muslim and other religions could be friends and live together in the world. For example, there could be a video about food from Pakistan introduced to people in the Western world.  Or there could be a video showing the sensitivity of the people in the west regarding Muslim religion, for instance, the allowance of time for praying. A few years ago, Palestinians and Israeli kids played football together though their countries do not get along. The game has been published across many media outlets. It has attracted support and created a sense of unity on line.

A second approach is to increase education on how becoming a terrorist will damage people and their loved ones. For example, the people who carry out suicide bombs could leave their kids and family behind starving.

On a more personal level, individuals could also prevent terrorism from happening by refraining from carrying out any acts of racism and also tipping off authorities if they have suspicions that someone might be planning a terrorist act.

These actions could reduce the number of terrorist attacks happening in the world.

2 Comments on “How the World Can Stop Terrorism”