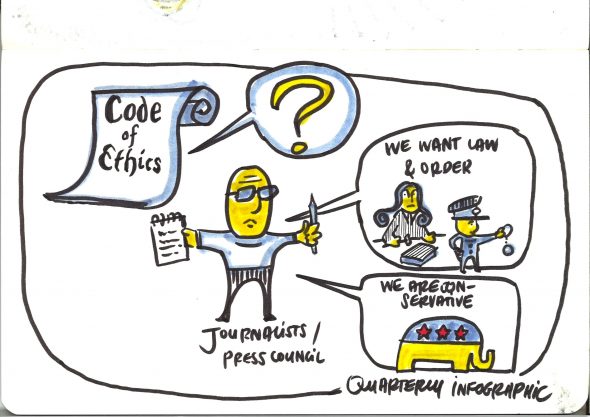 Journalism plays a vital role in a democracy.

Journalists work to inform people about events that take place in the societies they serve, which often occur outside the immediate “world” of their readers.

Though this might be self evident, it is important to note because what journalists report and how they report it can have a profound impact on how readers think about people, places and events with which they may not regularly interact, shaping their worldview and, at the best of times, empowering them with accurate information in order to allow positive decision making; whether that be voting in an election or merely attending a concert.

But with that role, as self-evident as it might be, comes a high degree of responsibility. For the trust of readers should be paramount to the success of any publication. Credibility is fragile and the publication inaccurate, misleading or unethically-obtained information can cause irrevocable damage.

On the news gathering side, meanwhile, misleading or burning a source can be equally as damaging. No one is under any obligation to speak with a reporter. Once a source does not trust you, they will not speak to you and then, well, you’re done.

So, given this important but precarious space that journalists work in, the industry, like many other professions that deal with the public, has developed a set of ethics to guide reporters’ conduct.

That’s not to say there’s one set of journalist commandments etched in stone, but a array of lists drawn up by publications themselves and industry bodies, which, for obvious reasons, follow similar themes and often overlap. 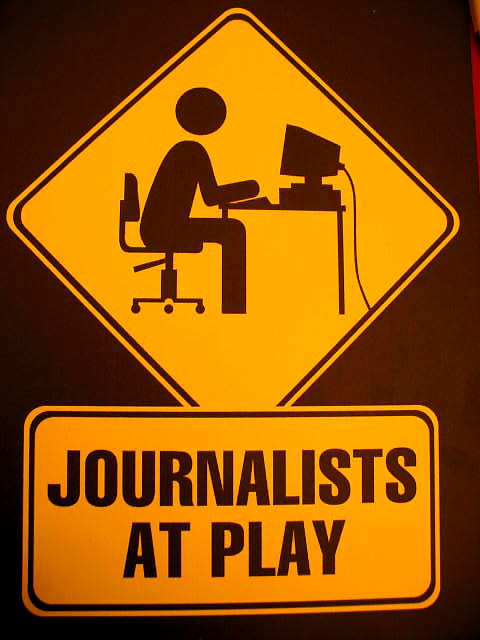 As a journalist working for the Cambodia Daily for six years, I have equipped myself with what I considered an unbreakable set of rules.

Here are some of the code of ethics that I have adhered to as a journalist:

Firs of all, seek the truth: It is very important that all the journalists seek and report the truth. Finding out the truth sometimes could take months or even years for journalists to write a story. They have to spend time to find dozens of sources and scourings hundred and hundred pages of documents. And then, whats more, journalists have to spend more time to verify and clarify all the pieces of information they get from all sorts of sources. Dull and long hours of work could sometimes drags journalists to be lousy which leads them to produce flimsy piece of work. It is very important that journalists keep focused and do whatever it takes to make sure all the pieces of information are accurate before they put their stories out for public consumption.

Secondly, be transparent and honest: to be able to get good interviews, journalists have to sometimes spend months to convince their source to give them access especially in regard to sensitive topics. (Though some journalist can sometimes be very charming). It takes perseverance to gain the trust of some sources before they will go “on-record” and allow you to write a compelling story. Reporters should be honest and be clear about their intentions and discuss frankly the possible consequences that their stories could bring to their sources. The exception for this, of course, is undercover reporting. There has been some stunning and important pieces using undercover tactics, but it is always up to individual publications to ensure such an approach is a) completely necessary and b) undertaken in a way that will not damage the credibility of the reporter and his or her organization.

Another element of remaining honest is, of course, independent journalists must refrain from taking any sort of payment/bribe/anything that is either intended to influence the reporter’s story or could even give the perception of influence. Remember trust is fragile and even the perception of a conflict of interest is damaging. In cases where something like a previous working relationship/friendship with a source presents itself, a disclosure is always recommended.

Thirdly, be independent and, above all, be fair: like other people in other professions, journalists have their own feelings, opinions and worldview.

But when it comes to their job, reporters should endeavor weigh information impartially and handle it subtly. This is not to say everything must be given equal weight, its to say that a journalist should endeavor to fairly portray an issue and event based upon the facts available. People cast in a negative light should always be given a right of response and a reasonable amount of time to do so.

Last but not least, avoid plagiarism: journalism is a hard job. It takes time, effort and persistence to write concrete and well-informed stories. Journalists sometimes face tight deadline as they need to contact many people for interviews and gather many documents to write stories. No matter how tight the time is, journalists must never copy stories from others. If they happen to cite any reports for their stories, it is required and imperative that they distribute the original sources that attributes the material to the publication in which it appeared.